▲ Preparing for the current season of Armchair Theatre are five artists from America who are among the increasing number of writers, directors and actors from abroad who are entrusting their reputations to this programme.

Hollywood playwrights Peggy and Lou Shaw wrote The Cake Baker with Kim Stanley in mind but were too shy to send it to her.

Then their friend Alan Cooke came home to Britain to direct for ABC and sent the script to Miss Stanley in New York.

She flew over to star in it with California-born William Sylvester… and the authors flew in from Hollywood to share the occasion! Left to right Lou and Peggy Shaw, Kim Stanley, William Sylvester, Alan Cooke 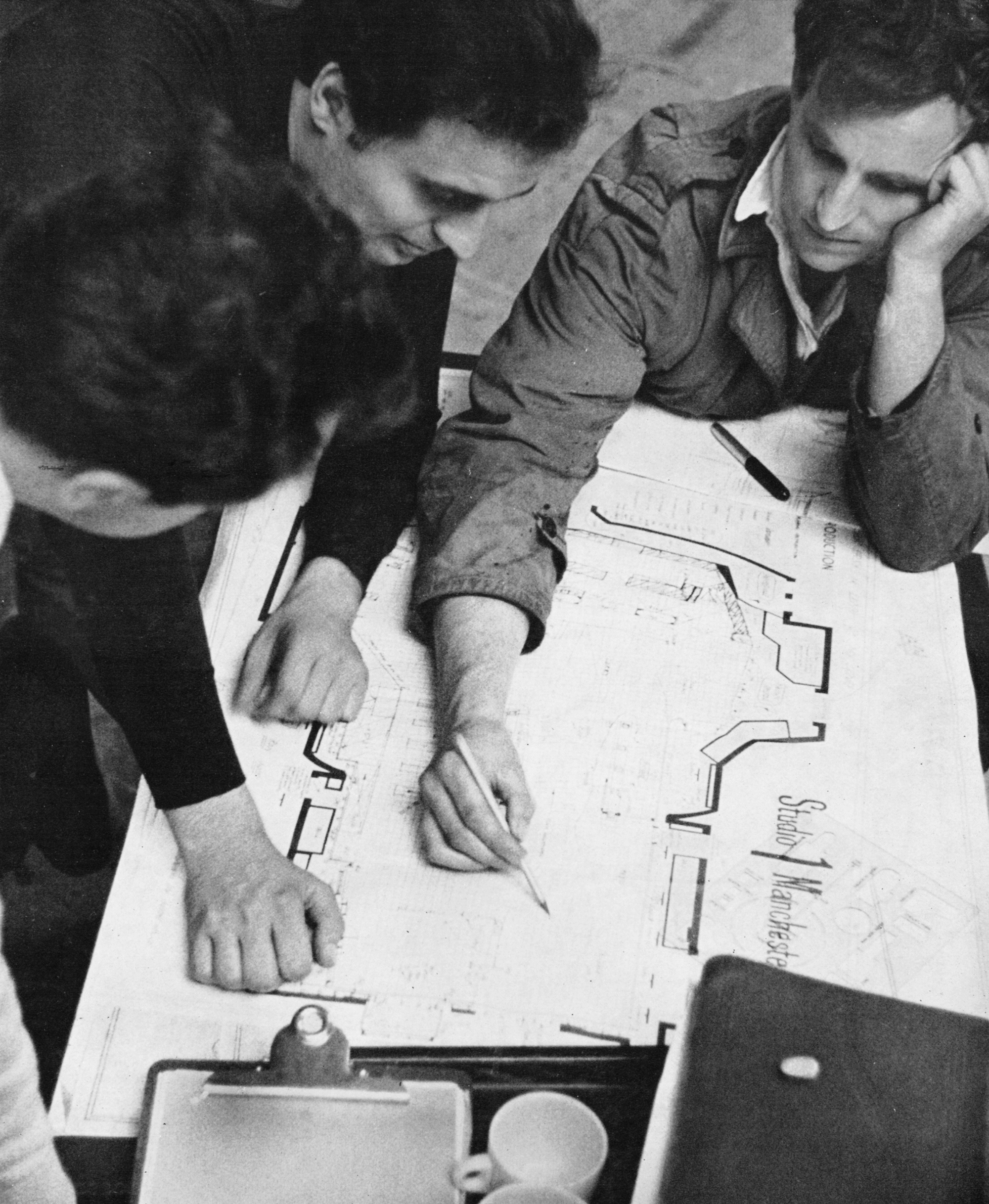 Television is a here-today, gone-tomorrow medium;
by the time the audience see a programme, the planners are already at work on the next show…