Ours is probably the only combined Light Entertainment and Features Department in television, but, since the function of light entertainment is to attract and entertain a majority audience which will then stay tuned for the more serious programmes, the combination makes for a pretty useful interaction of purpose. In a few months this department has expanded its output from two to six live hours a weekend. It believes in extending the attack and vigour of light entertainment to its treatment of features, and already has several distinguished firsts and mosts to urge it on to an enterprising future.

To The Book Man, the first regular series on books and writers, it has added the top-rating science programme in British television, You’d Never Believe It! With the startlingly popular Candid Camera it has coupled the world’s first successful sixty-minute situation-comedy show, Our House. To the first and most successful teenage religious series, The Sunday Break, it has added the searching investigations of Living Your Life and two of the most respected and popular serious magazine programmes in regional television, ABC of the North and ABC of the Midlands. Our responsibilities range from Advertising Magazines to Family Bulletins, from Family Hour to Foo Foo, from the rock and roll of Wham!! to the Dixieland of Steamboat Shuffle, from quiz games like For Love or Money to all-star musical spectaculars like Sammy Davis Meets the British.

As we continue to expand, we look ahead to new ventures in children’s entertainment, new angles on comedy and music, new showcases for star performers and writers, new departures in documentary and educational programmes. To the time-honoured Light Entertainment dictum ‘Make ’Em Laugh!’ we add the Features exhortation ‘Make ‘Em Think!’ To entertain superlatively and to instruct entertainingly is our aim. If the ideas, enthusiasm, and sheer hard work of our directors and writers mean anything at all we should achieve it

A popular science programme in every sense of the word is You’d Never Believe It, which investigates famous magic acts in show business and gives viewers the medical and biological facts that make them possible.

Putting your hand under molten lead, lying on a bed of nails, walking on hot coals and up a ladder of swords are some feats demonstrated here for host Huw Thomas and scientist Arthur Garratt. 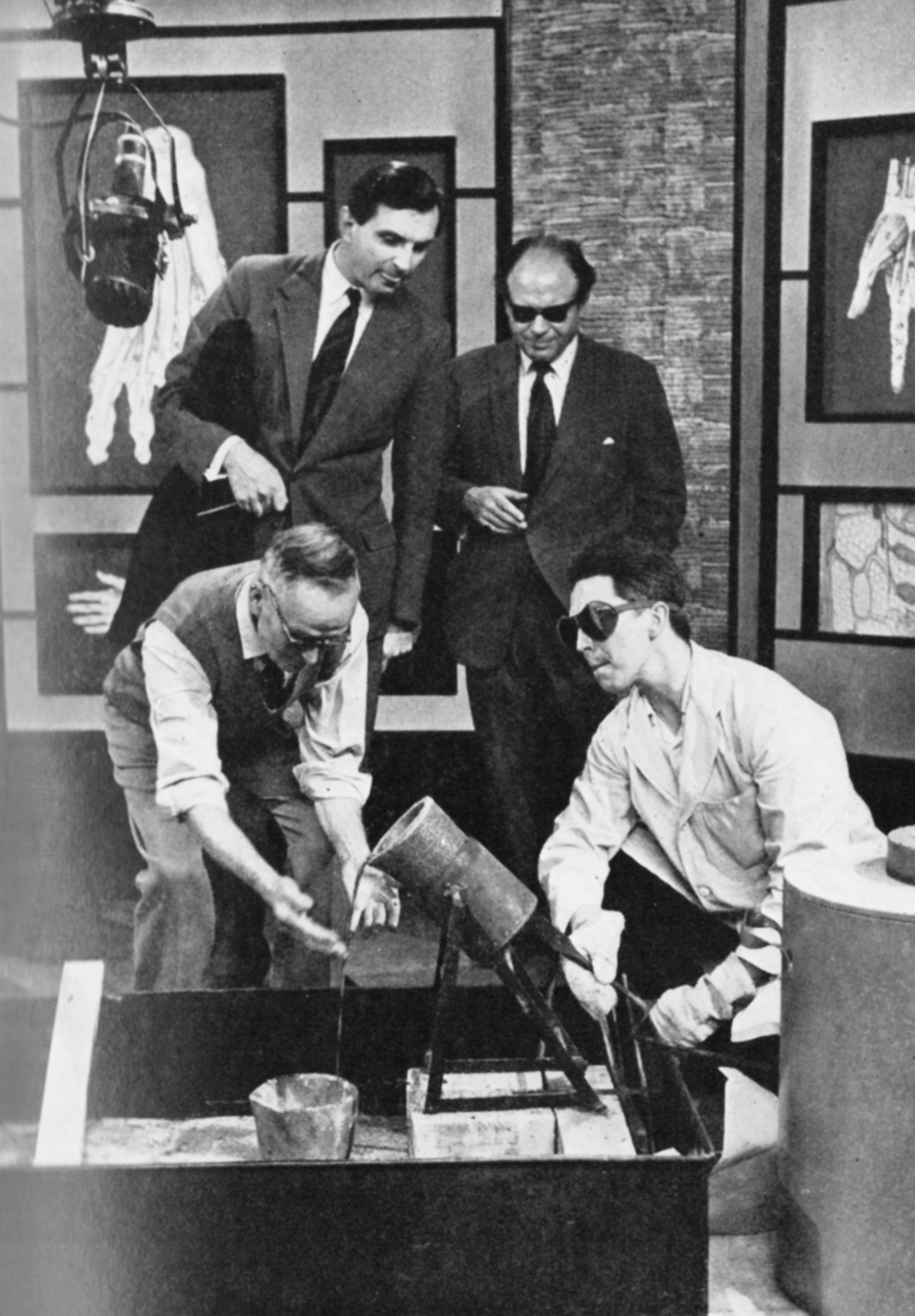 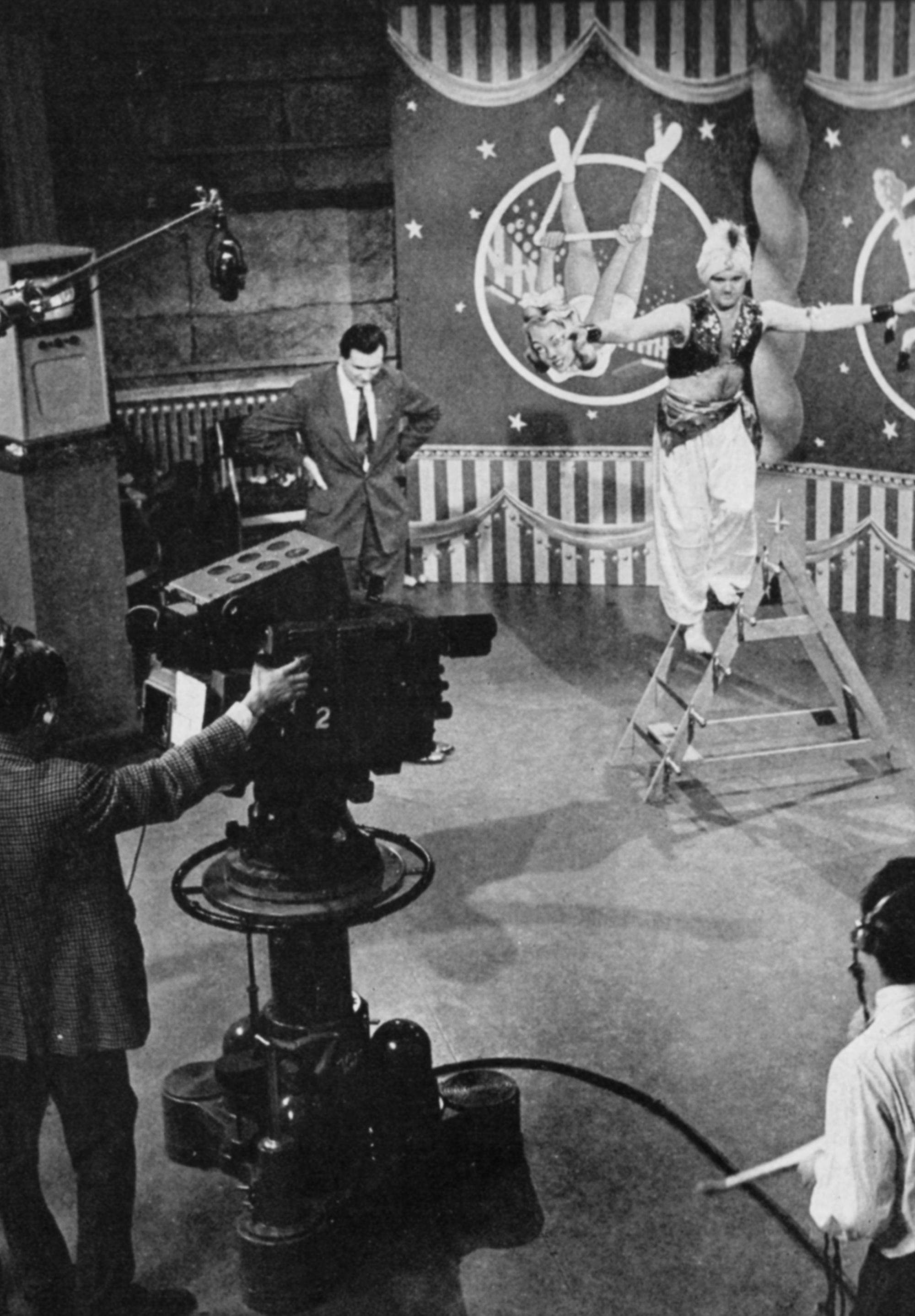 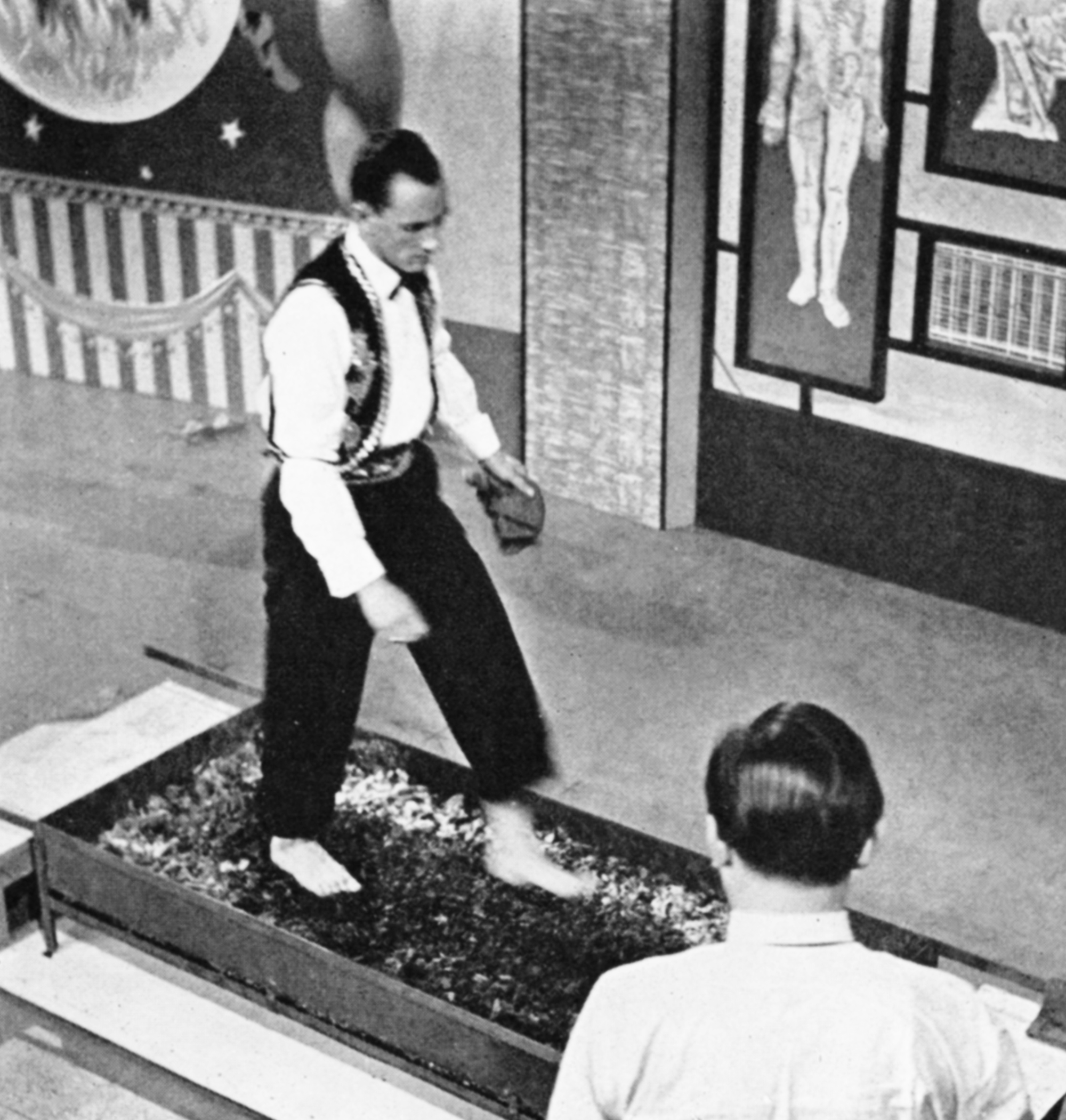