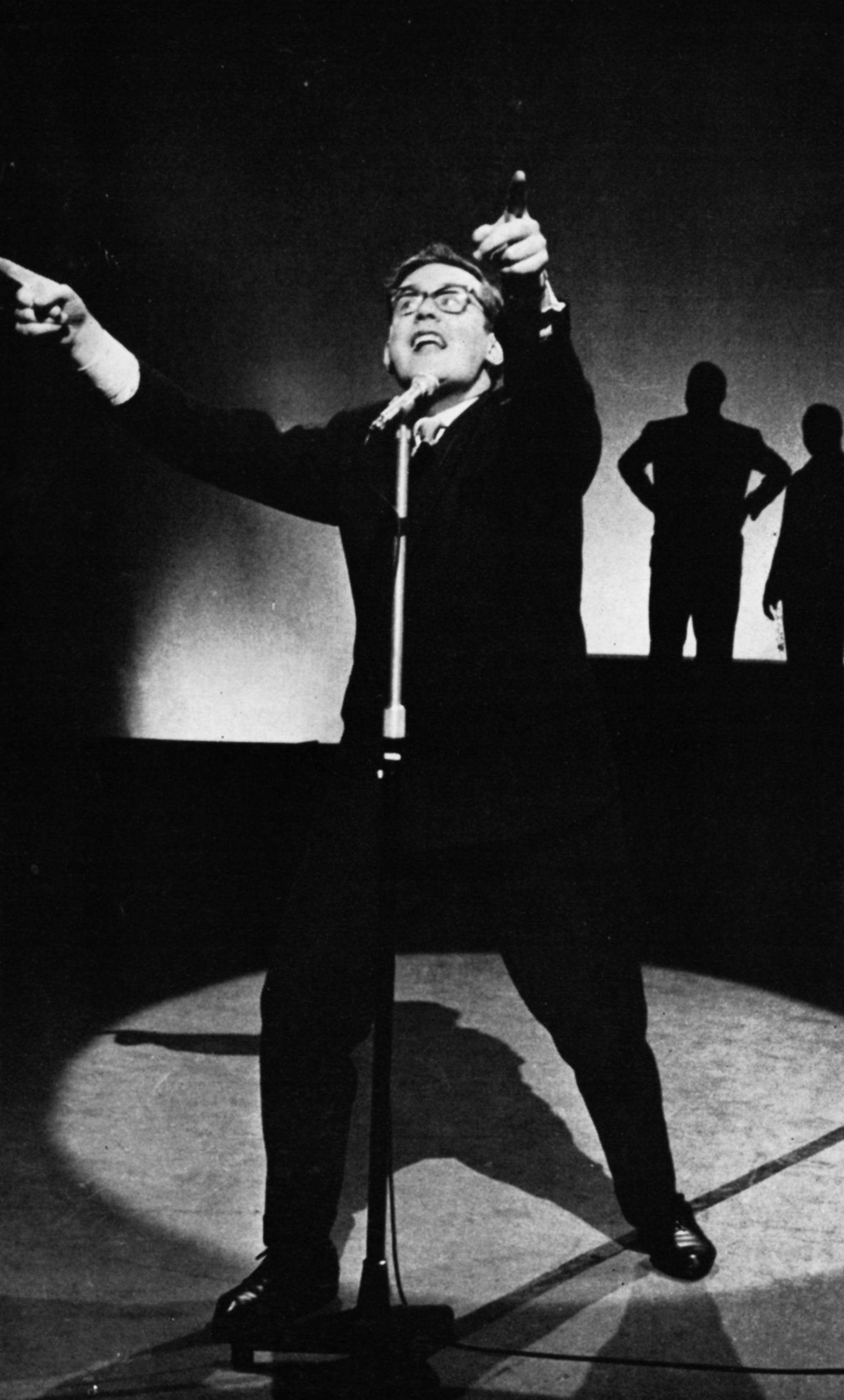 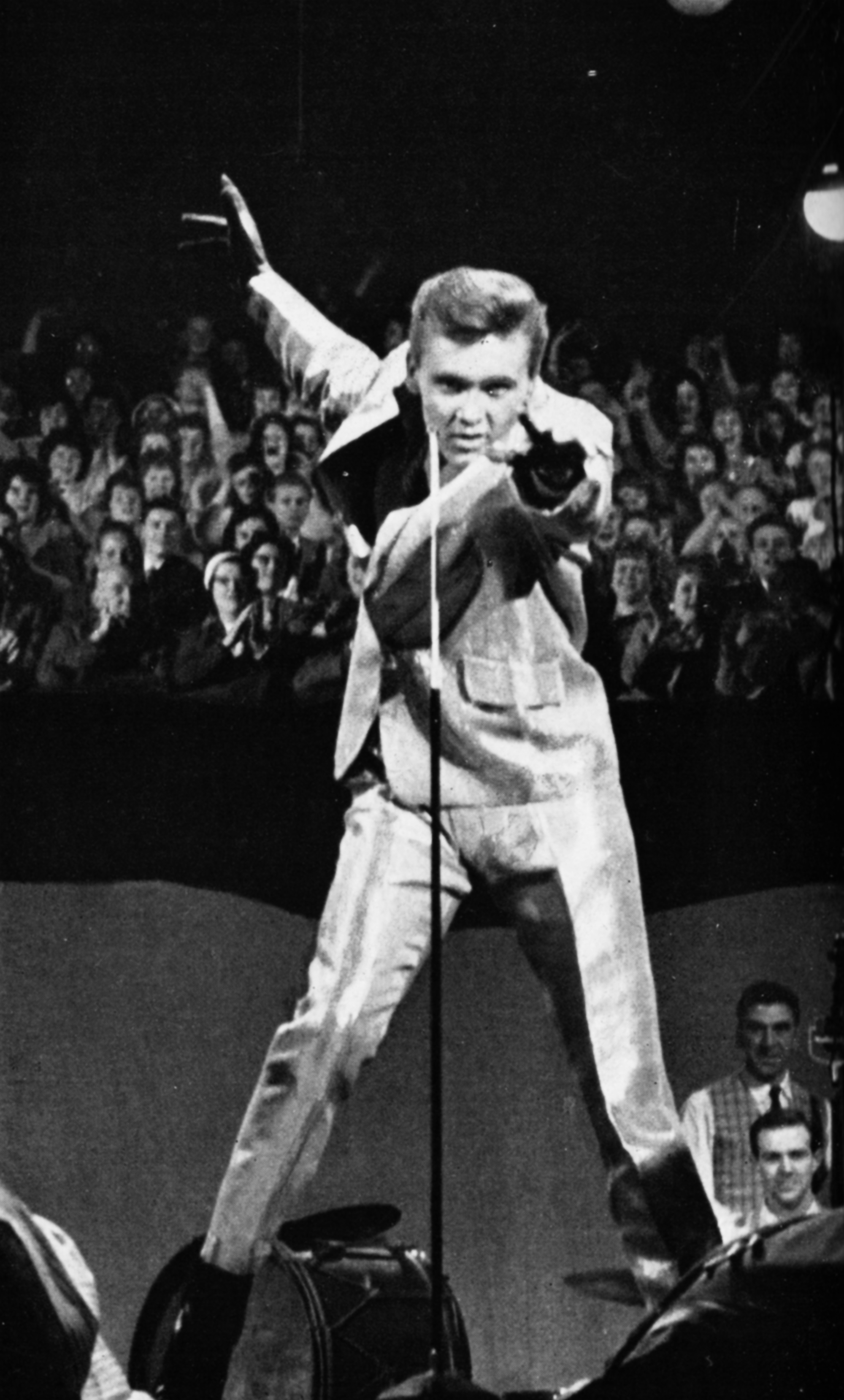 An Honours degree in English and the ability to quote Chaucer and Beowulf would appear to be compulsory for the Light Entertainment producer of today. Jack Good, another Oxford graduate, was the galvanising spirit who brought a new dimension in quality production to beat music shows on television with his three ABC programmes, Oh Boy!, Boy Meets Girls and Wham!!

As the nation rocked to the beat of Lord Rockingham’s XI, teenage audiences stamped and squealed and the TV critics gasped and reeled.

But everyone admired the hard professionalism that Jack Good brought to this dynamic new form of presentation. With his director, Rita Gillespie, he established a record for camera cutting to illustrate the beat of the music; from the artists he demanded a distinctive form of showmanship, demonstrated above, left for Billy Fury to follow

The dramatic use of spotlights and silhouette effects was a signature of all three shows, as was the integration of the audience with the action: in Wham!! they actually became a background for the artists