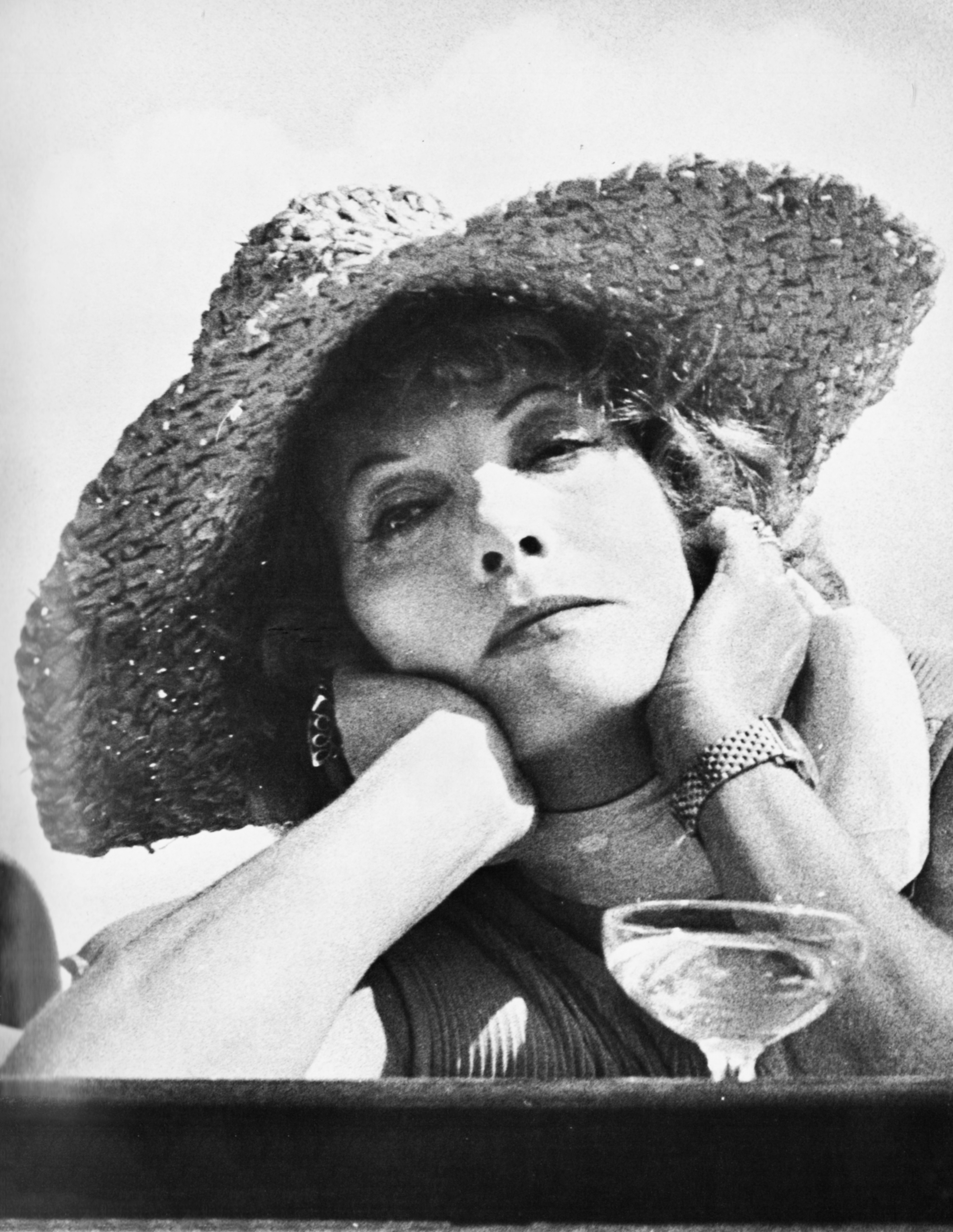 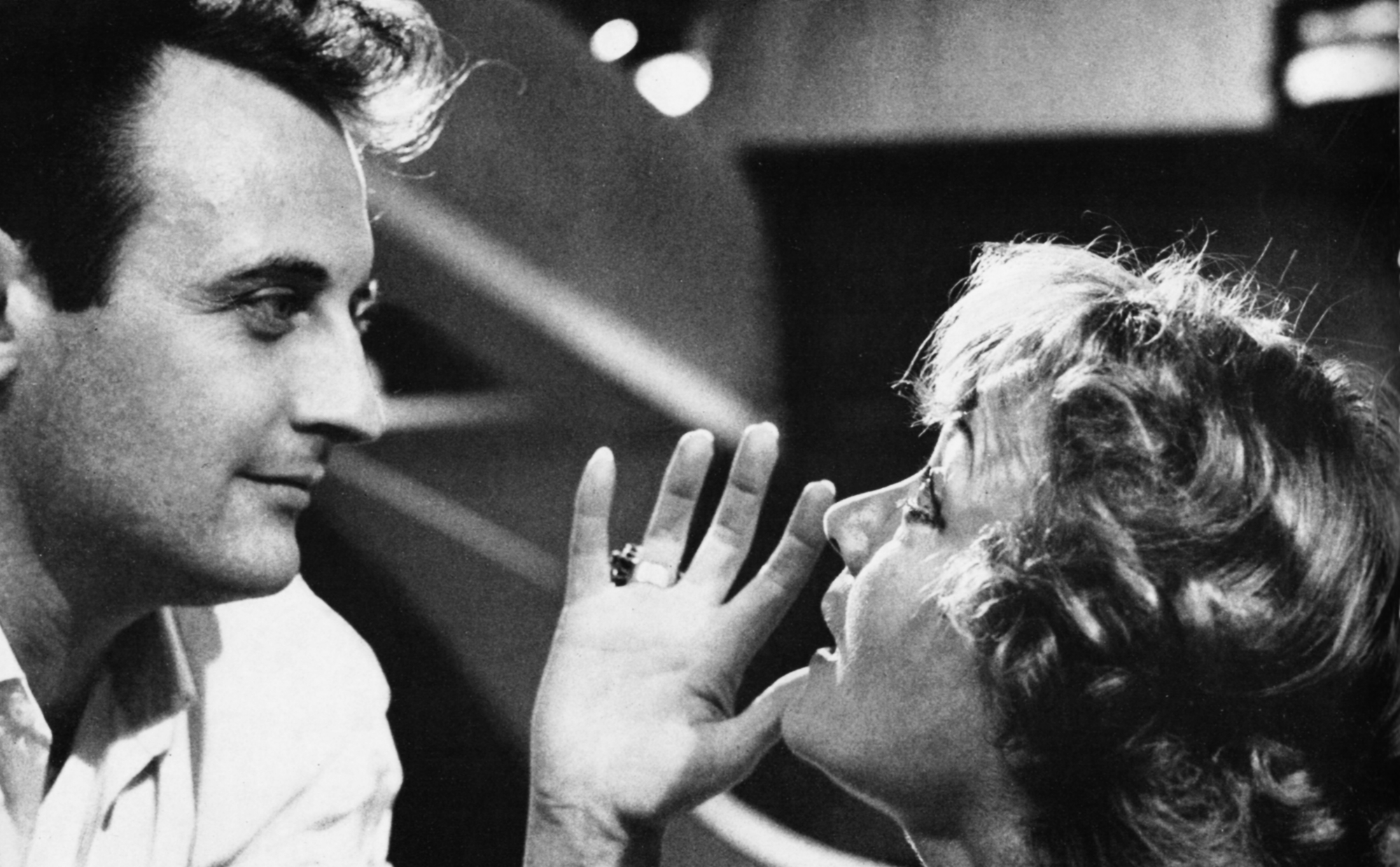 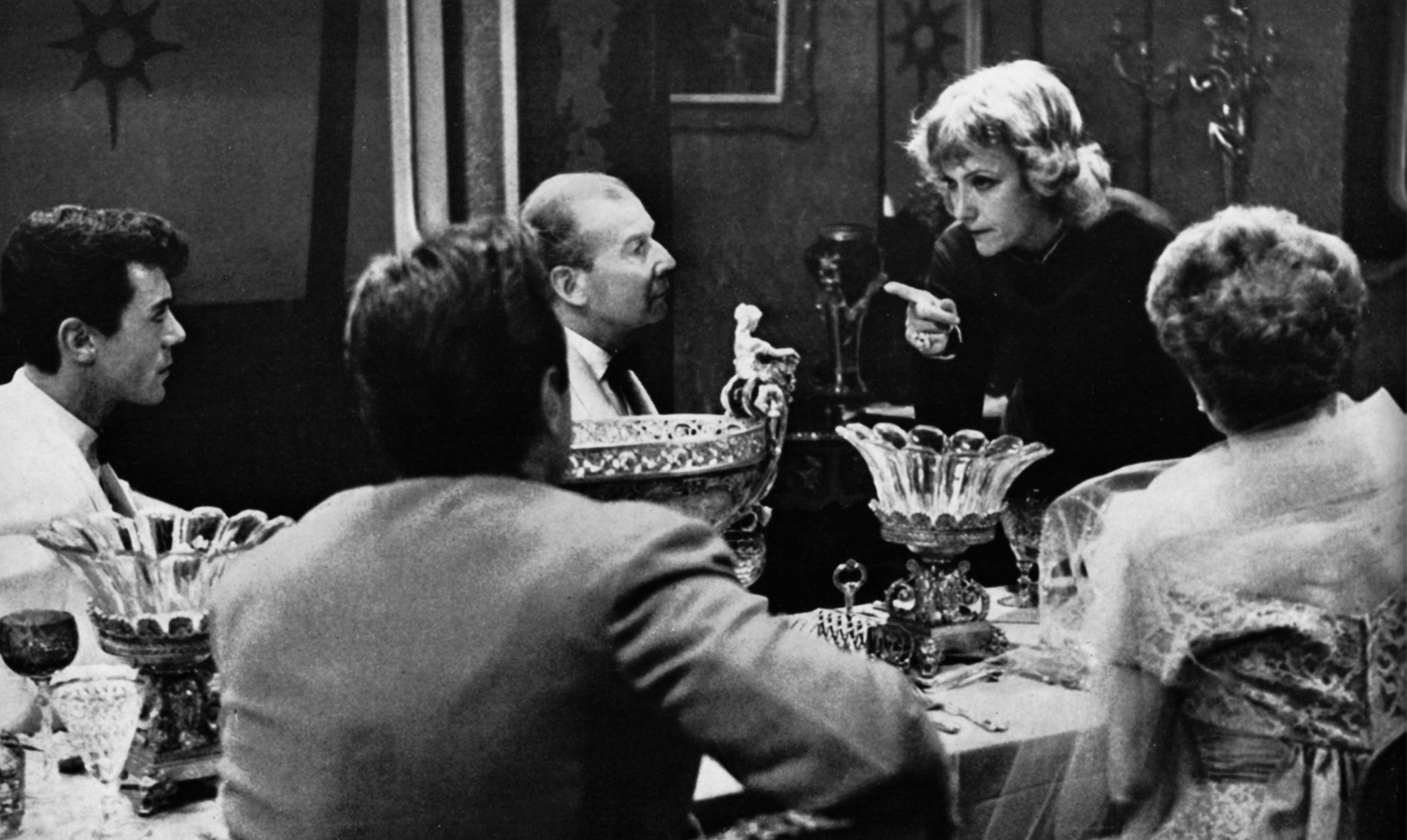 This intimate scene between Isa Miranda and Roland Brand in Light from a Star was a lot more romantic for the viewers than for the actors, who had to sustain their moment of emotion against the intrusion of microphone and camera 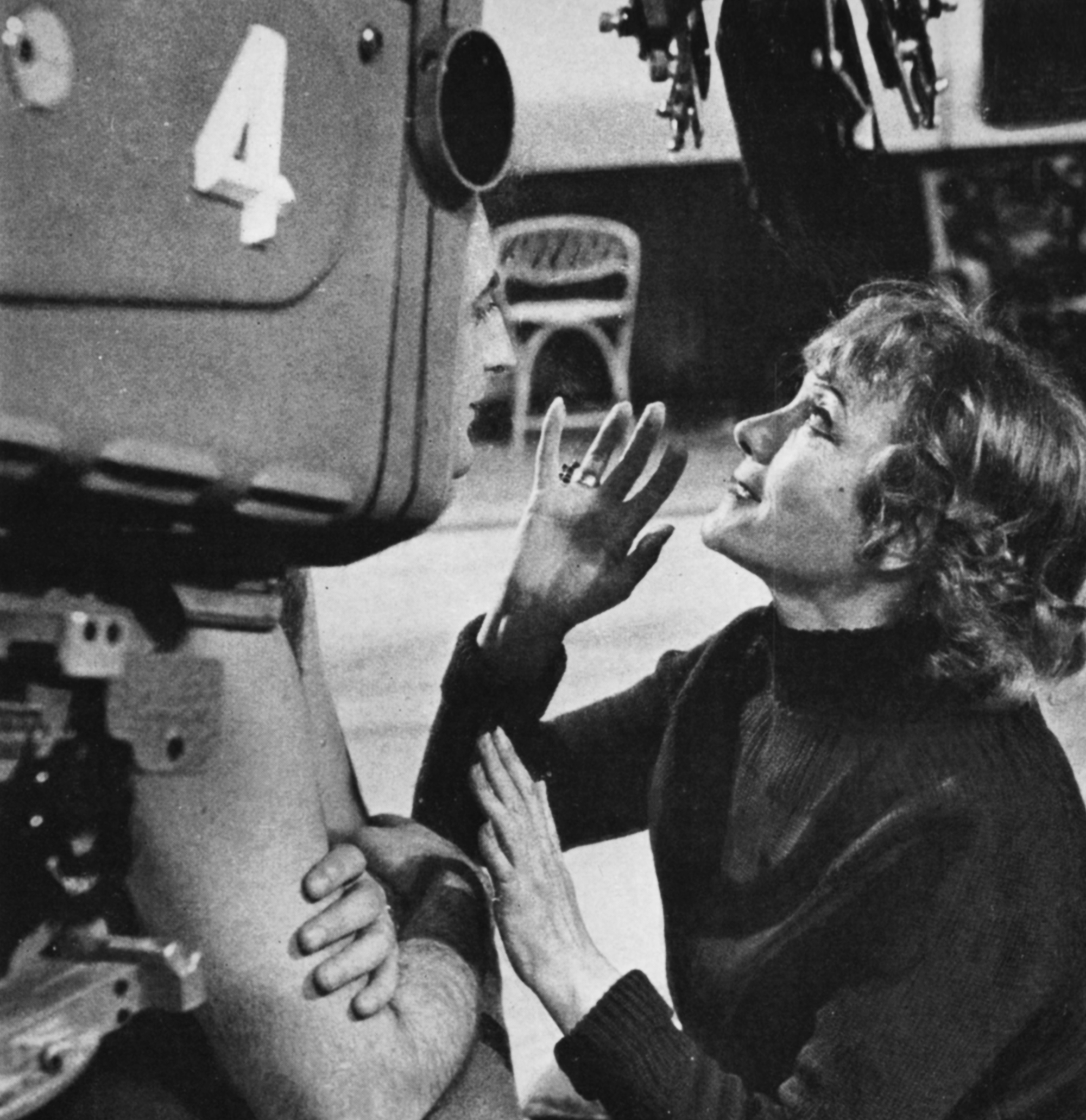 As Isa Miranda harangued her fellow guests at dinner, director Philip Saville and his camera circled the table like ghosts at the feast 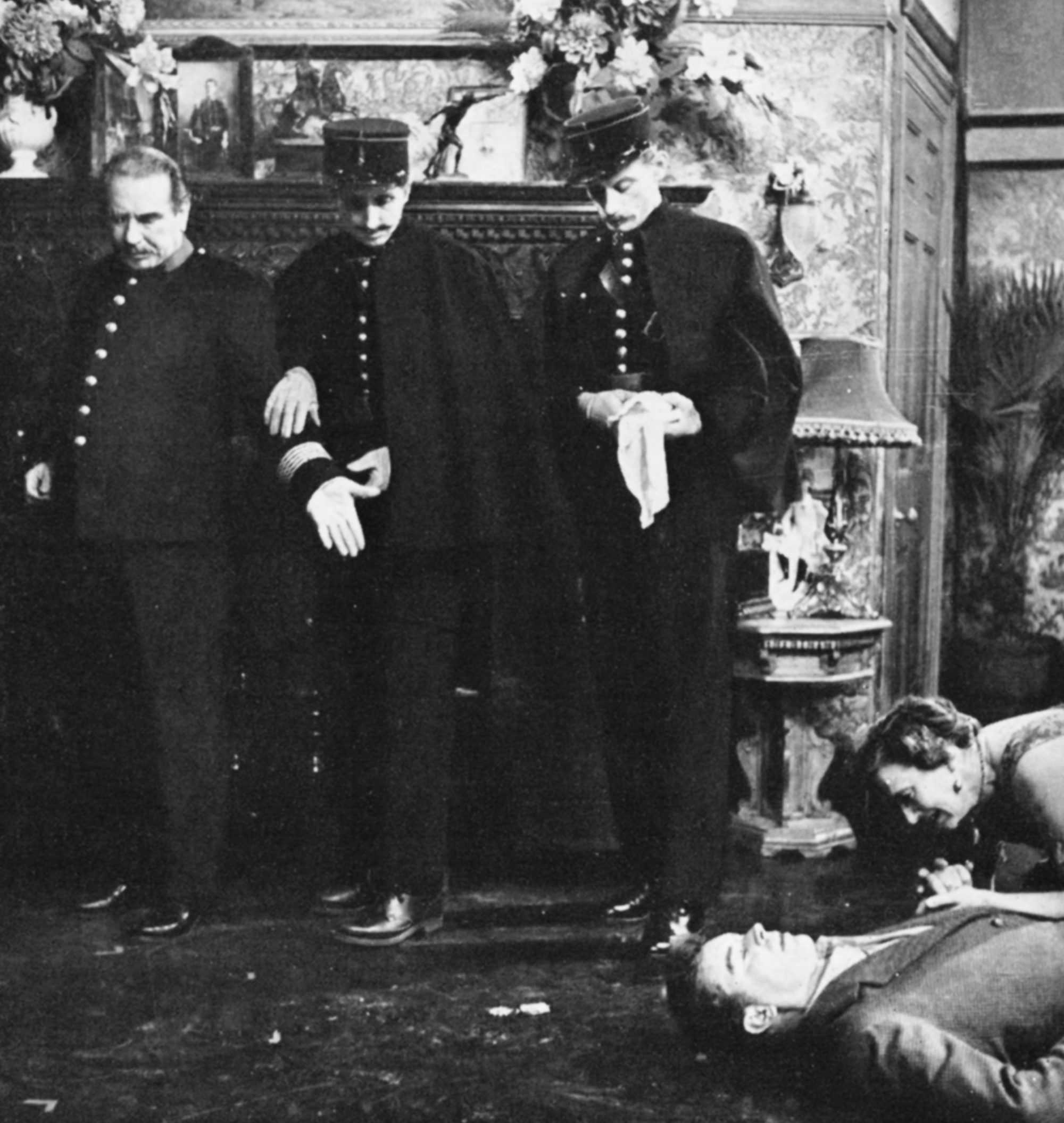 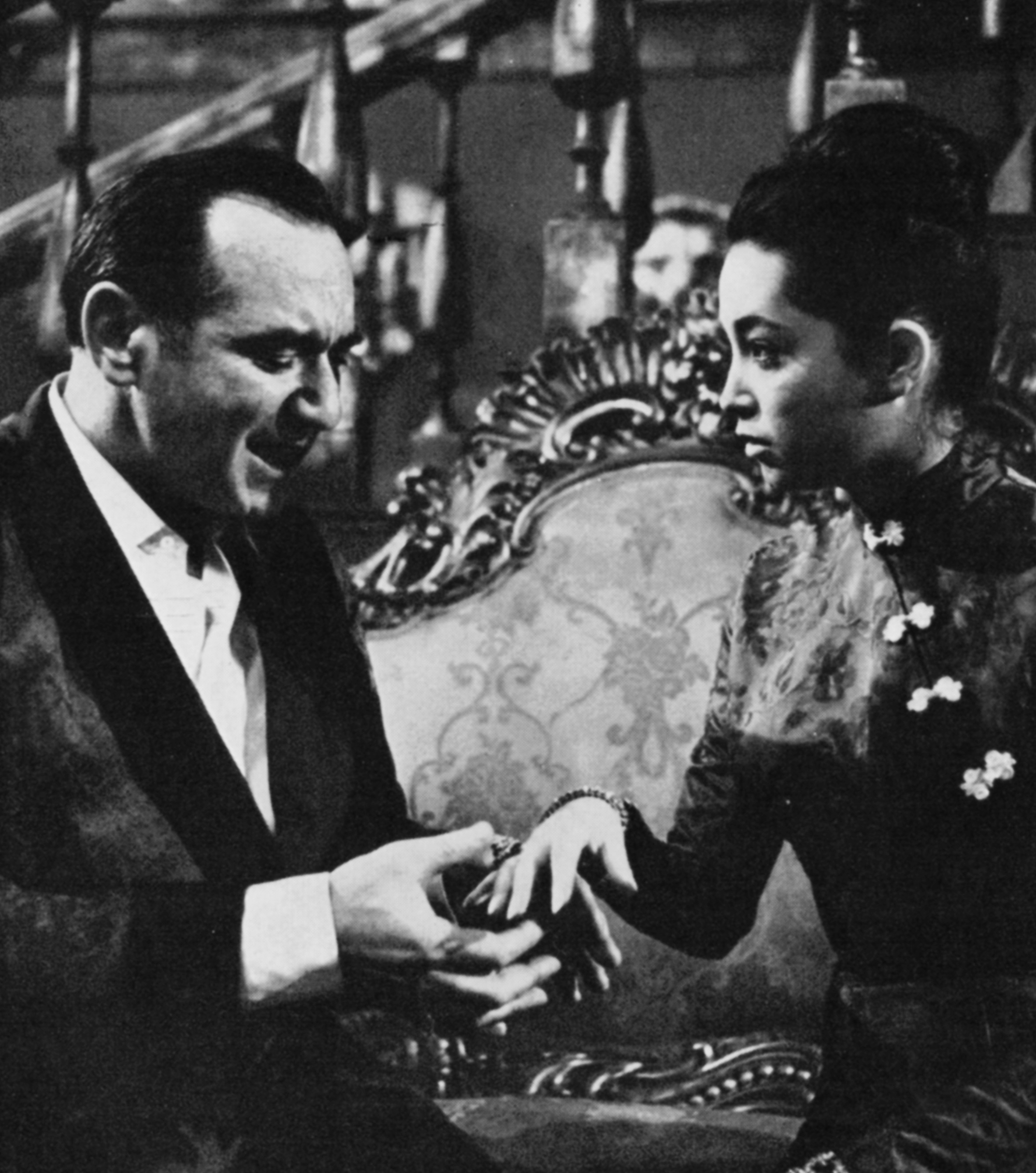 Another type of ABC extravaganza was On the Spot, in which adapter Clive Exton and director Philip Saville took the mickey out of Edgar Wallace’s famous comedy thriller play of Chicago in the Roaring Twenties to close the Armchair Theatre season.

The picture above, like an old movie still, shows David McCallum putting a rival gangster on the spot, whilst Ted and Julie Allen left brought Toni Perelli and Minn Lee to life again. 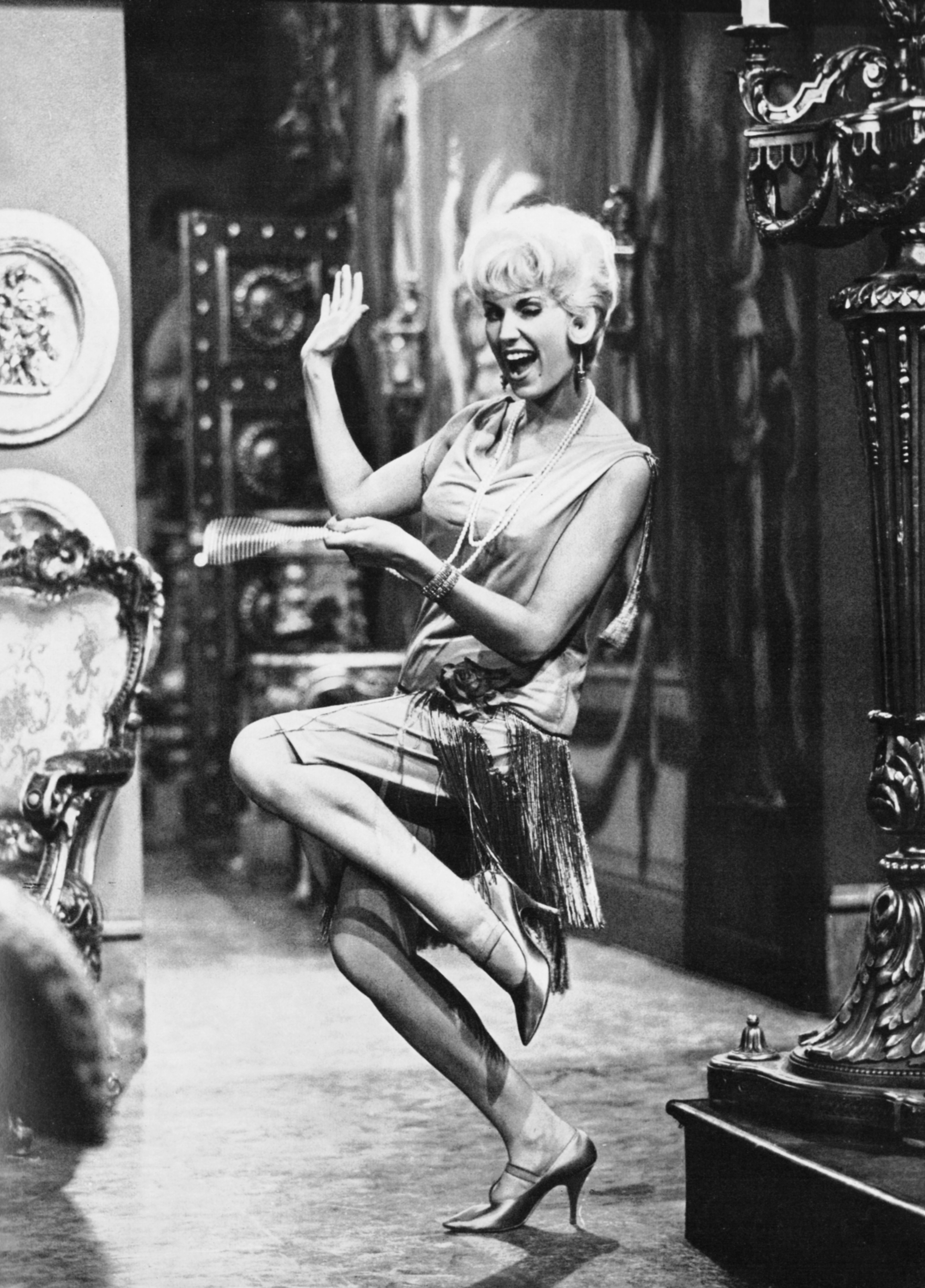 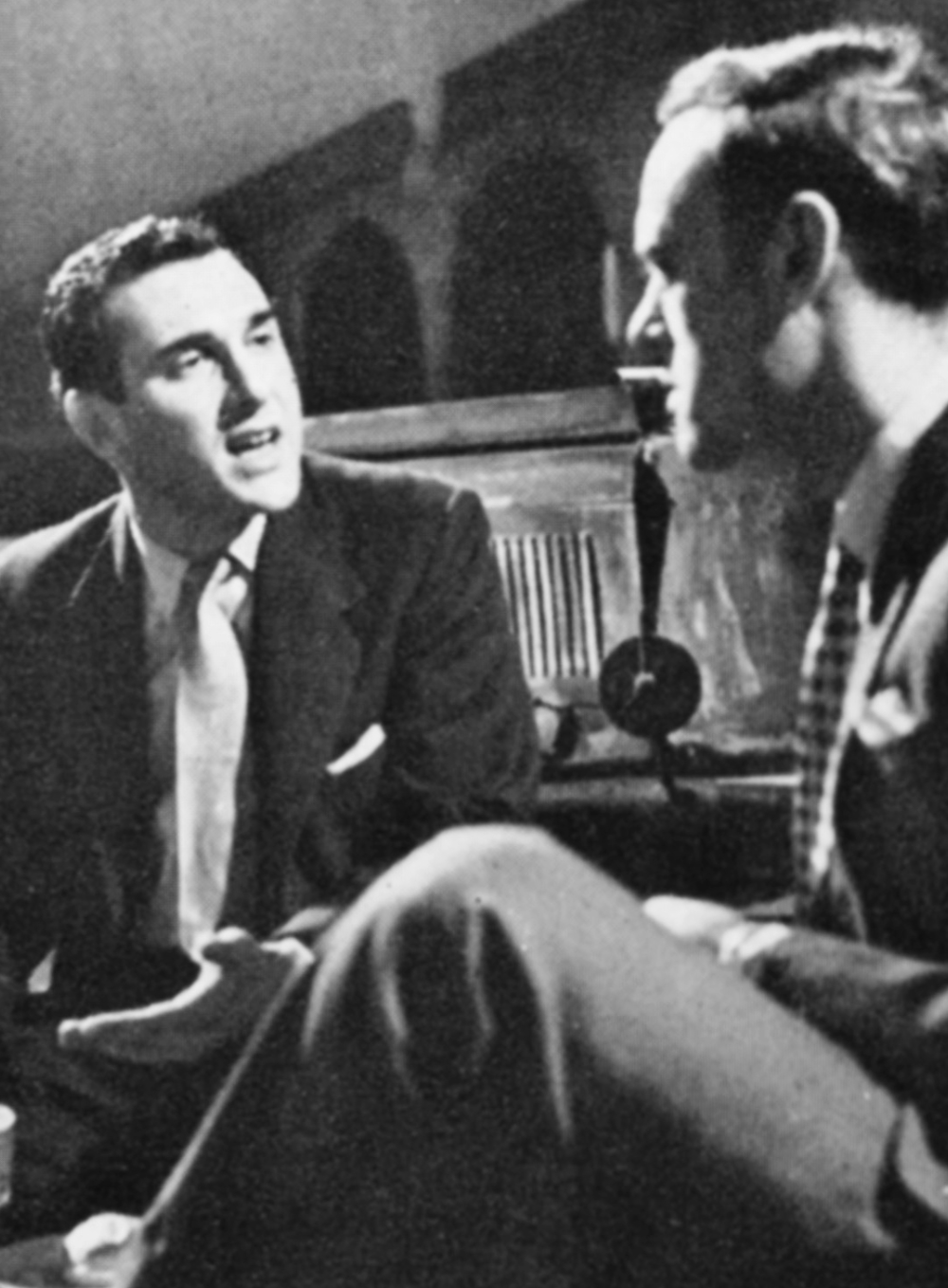 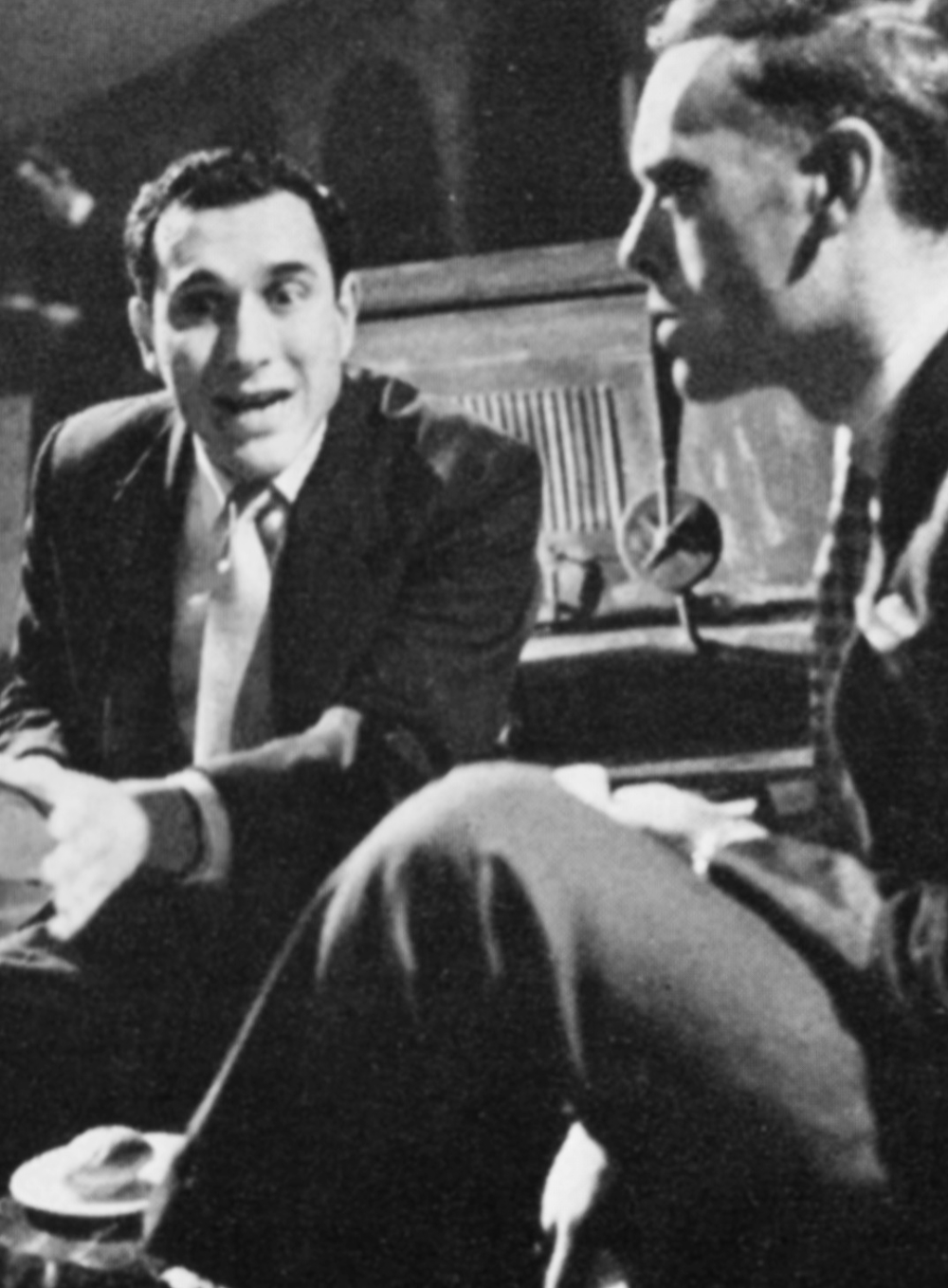 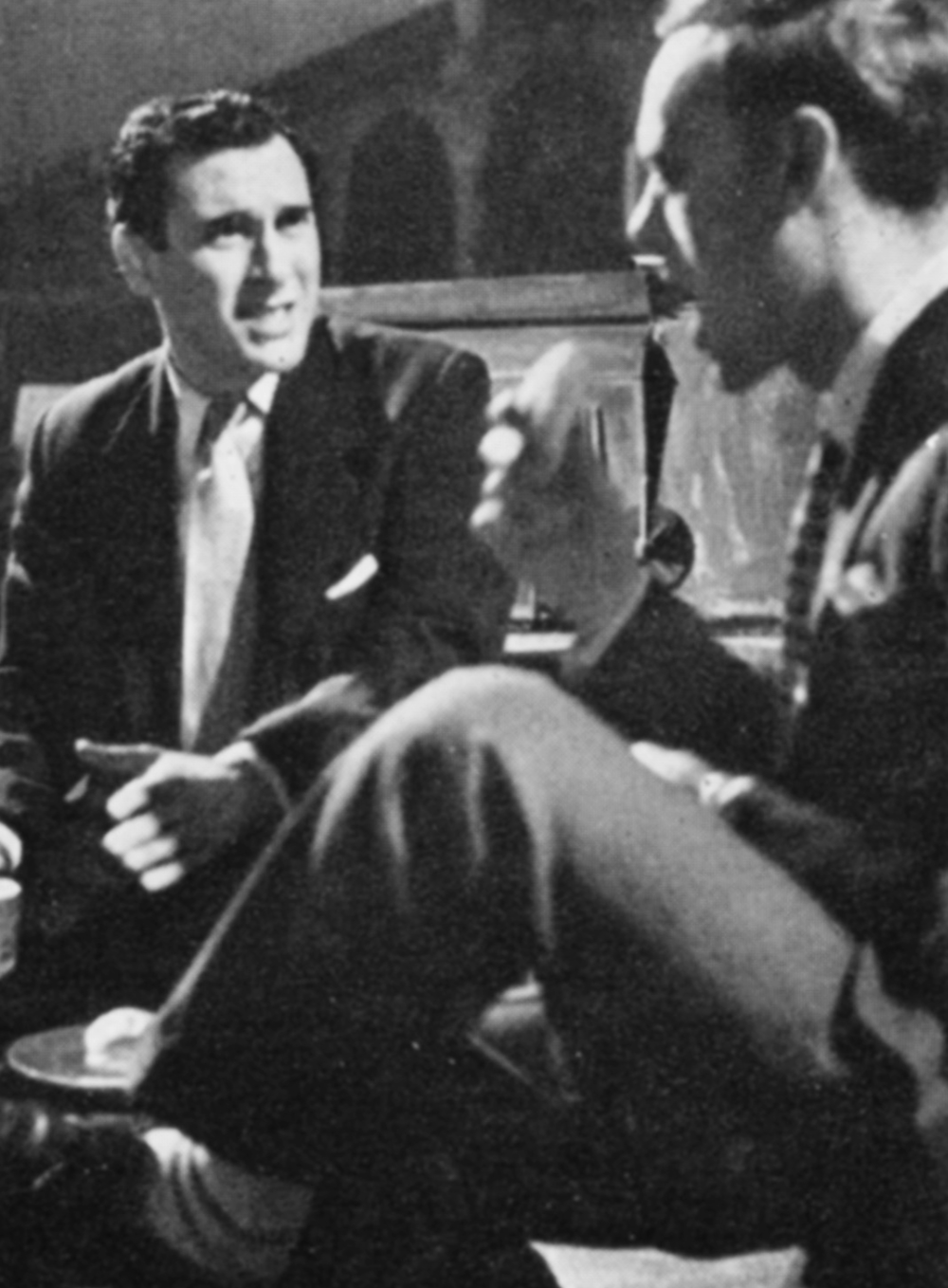 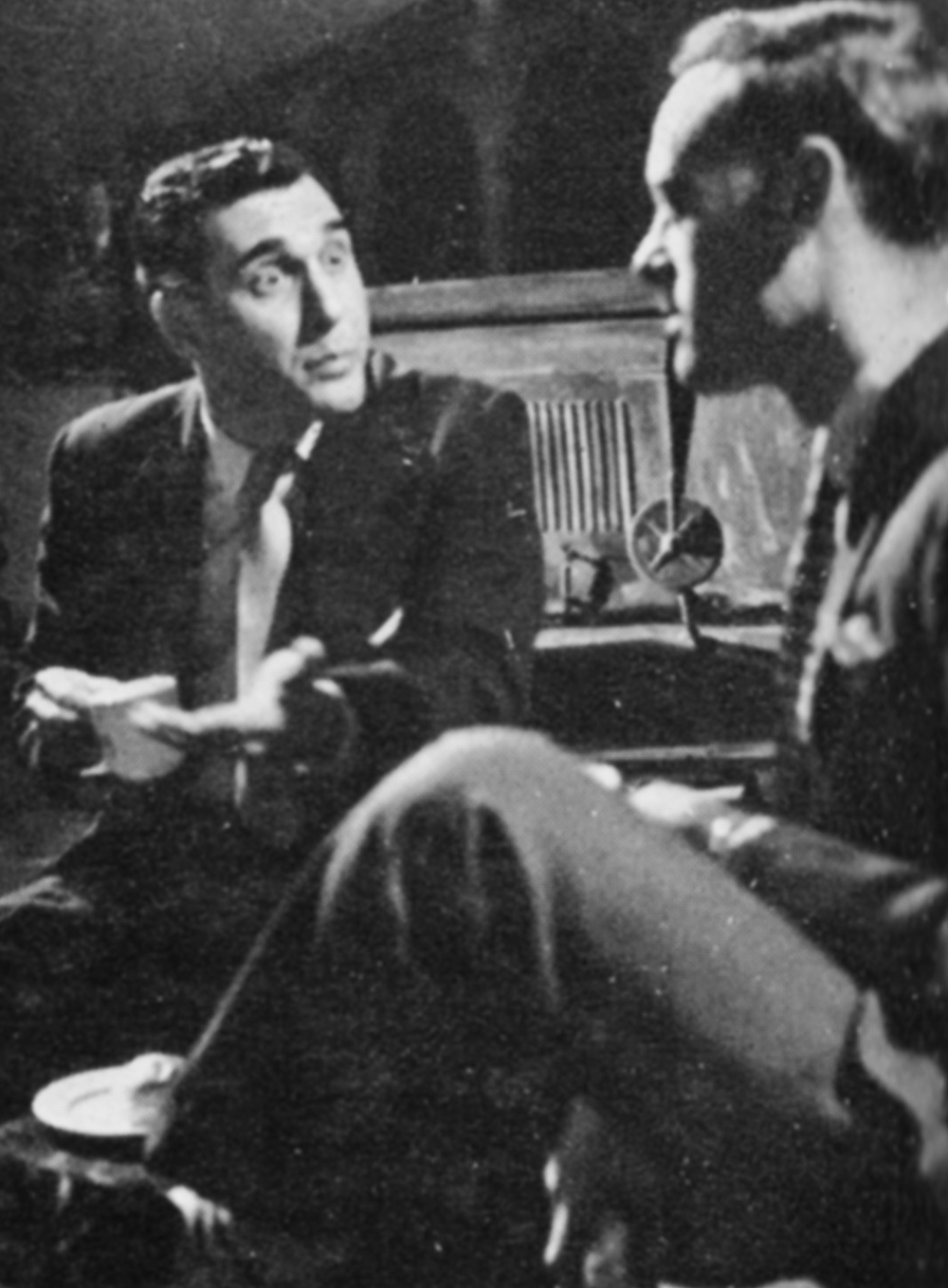 Playwright of the year 1960 has undoubtedly been Harold Pinter, whose work in the theatre and on television has made him the most talked-about young dramatist in Britain.

ABC commissioned his first TV play, A Night Out: it broke all records by being the only play ever to head the list of audience ratings in TAM’s Top Ten.

The author himself appeared in this story about young insurance clerks; his commentary on the firm’s football team to Philip Lock top was in the best Pinter vein.

Above they discuss their night out with Tom Bell.

The pictures at right have captured the stoical solitude which is a signature of the Pinter plays, brilliantly caught on this occasion by the direction of Philip Saville, at his peak on this production, whose cameras orchestrated the author’s intention as exactly as the settings by Assheton Gorton 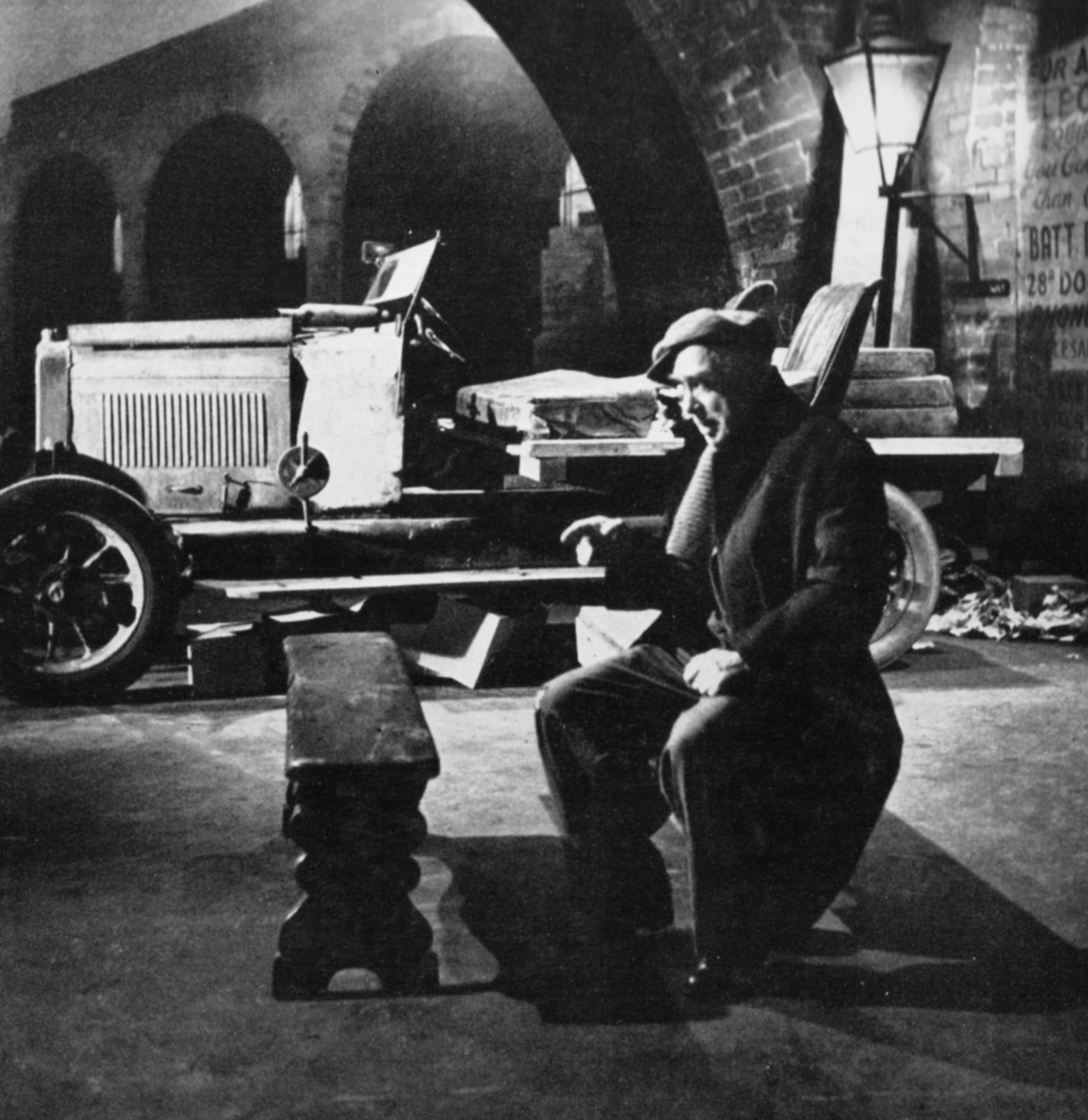 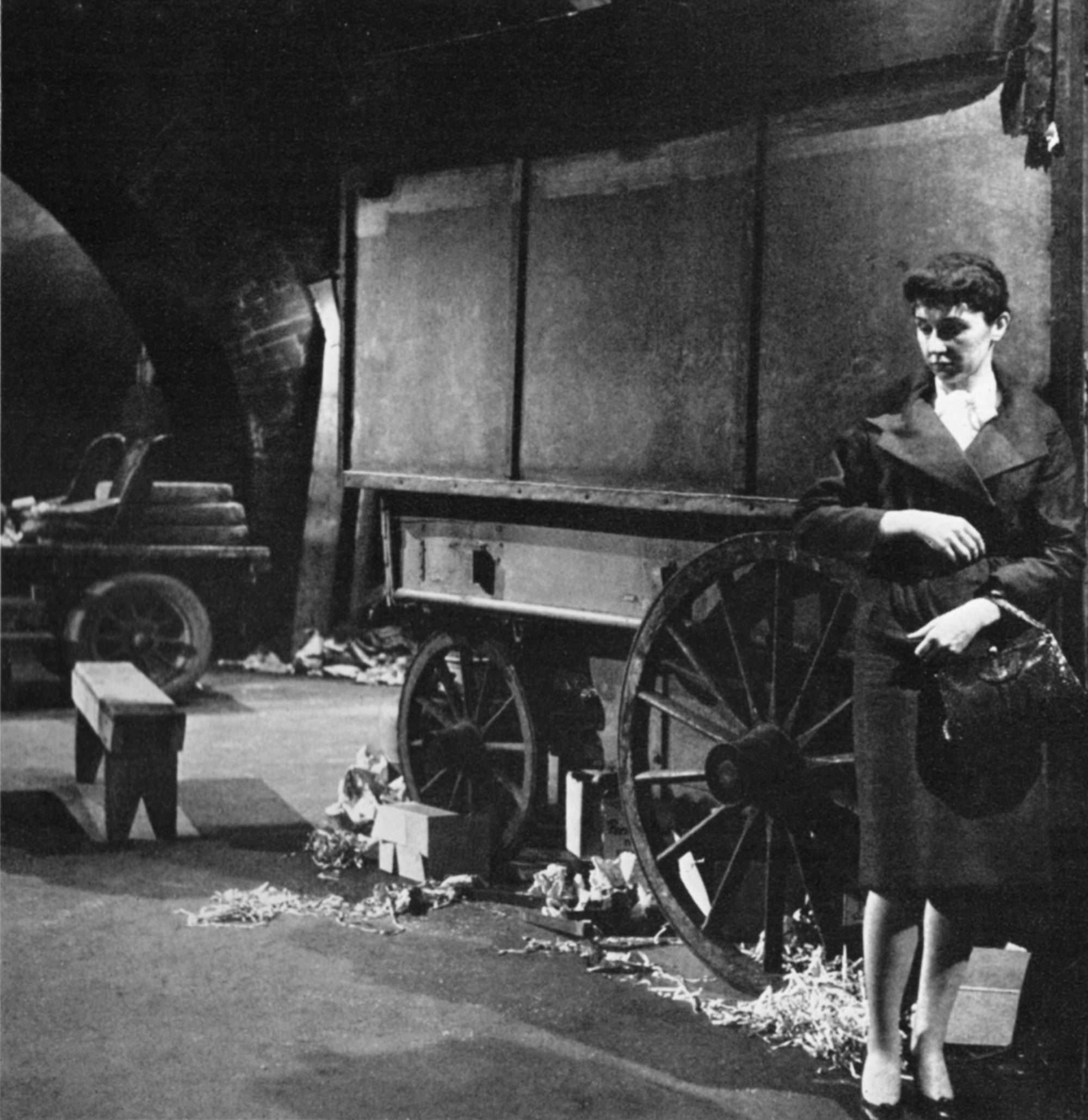