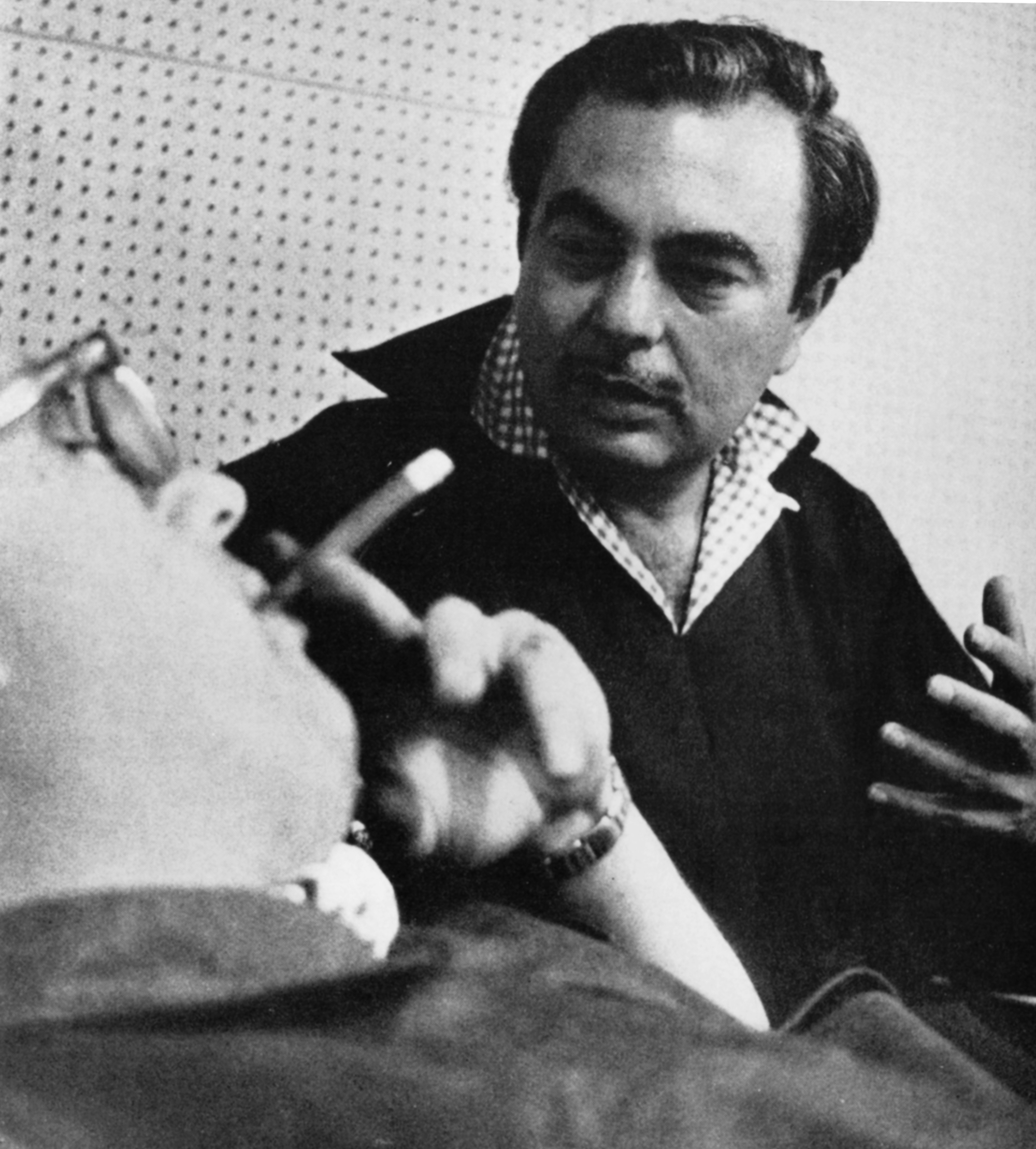 The 1959-60 season of Armchair Theatre, the only ITV [drama anthology] programme presented every week by the same company, was a notable success with audiences. Thirty-two of the thirty-seven plays featured in TAM’s Top Ten ratings, one gained the highest viewing figure to date for an ITV play and another became the only play ever to achieve first place in the Top Ten

Producer Sydney Newman’s determined work among authors also resulted in a record proportion of new writing; eighteen of the plays were specially commissioned for the programme, among them the first original work for TV by Angus Wilson, Alun Owen and Harold Pinter. Of the remainder, all but seven were by British writers, and several were adaptations made for ABC

The season opened with The Scent of Fear, specially written by Ted Willis and directed by John Moxey, one of ABC’s ablest and most experienced directors, whose cigar is seen left in consultation with Sydney Newman 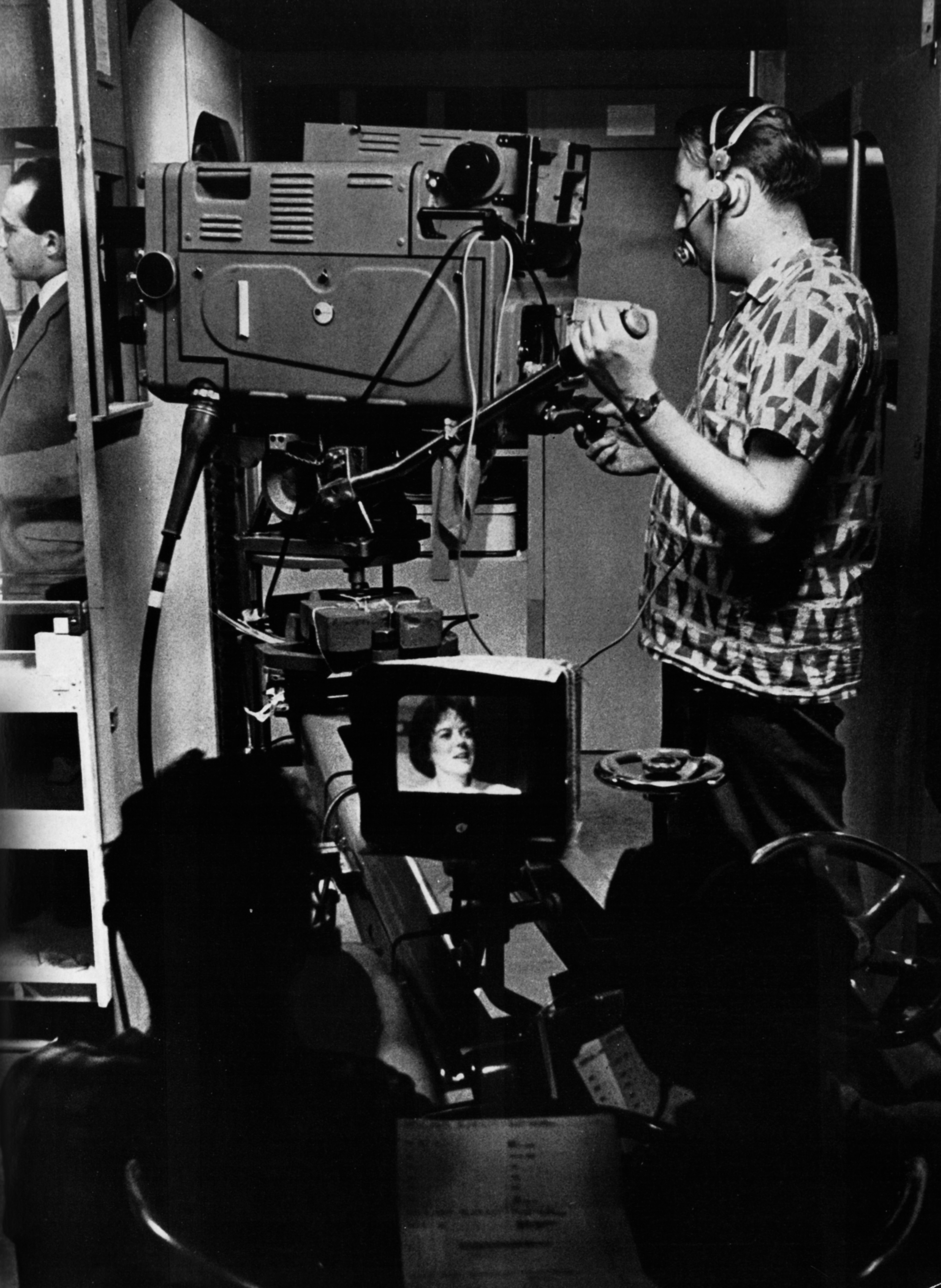 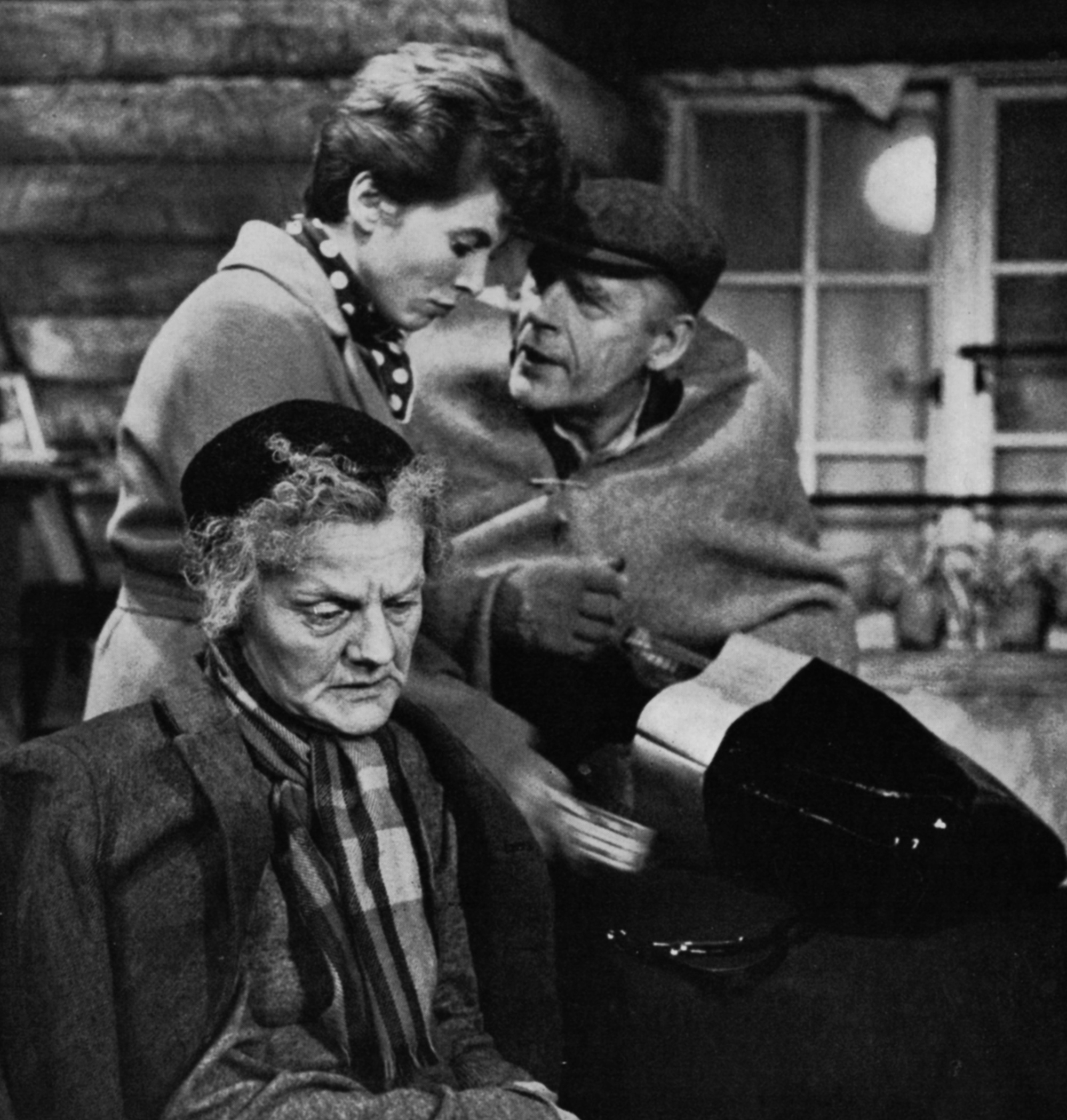 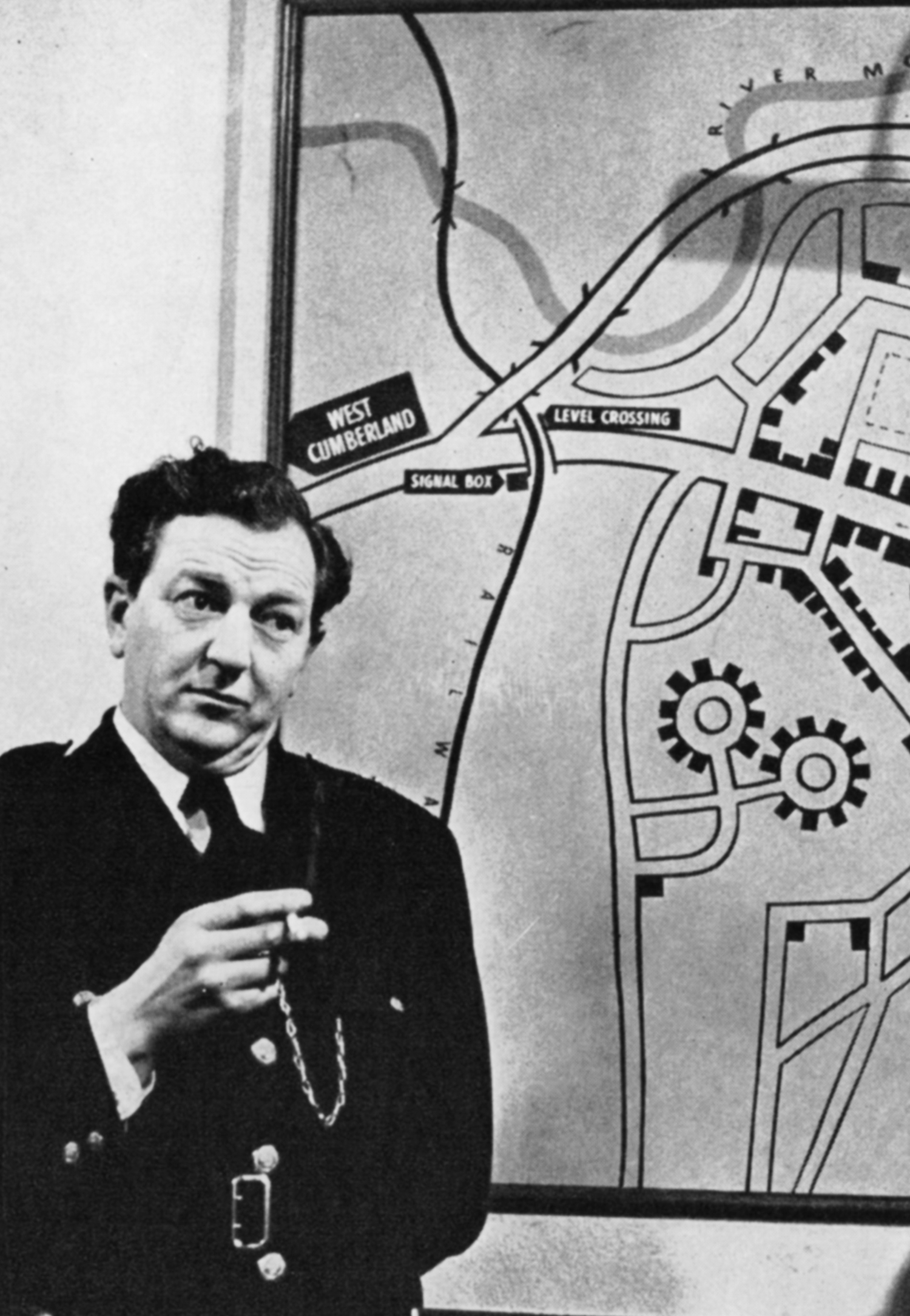 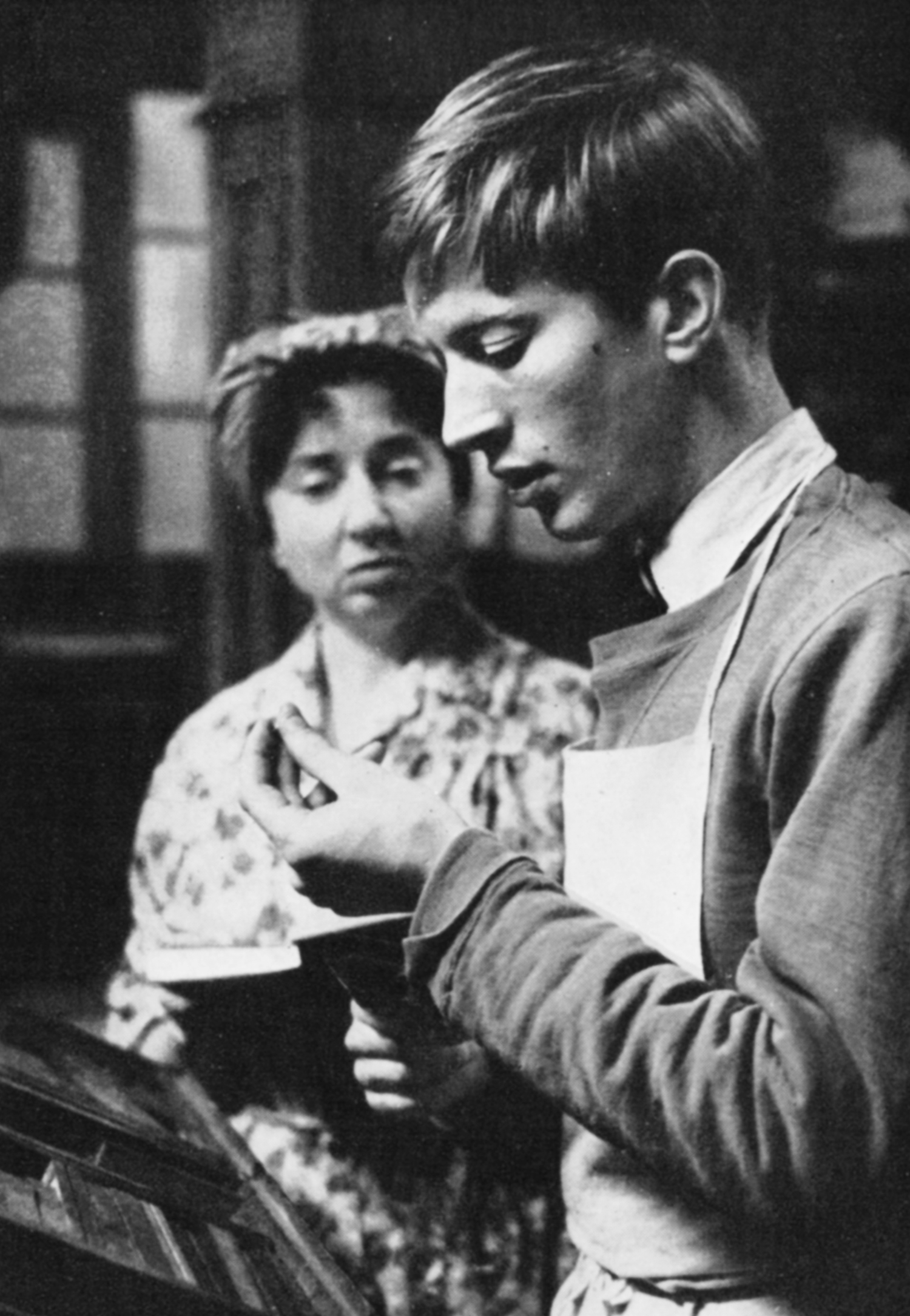 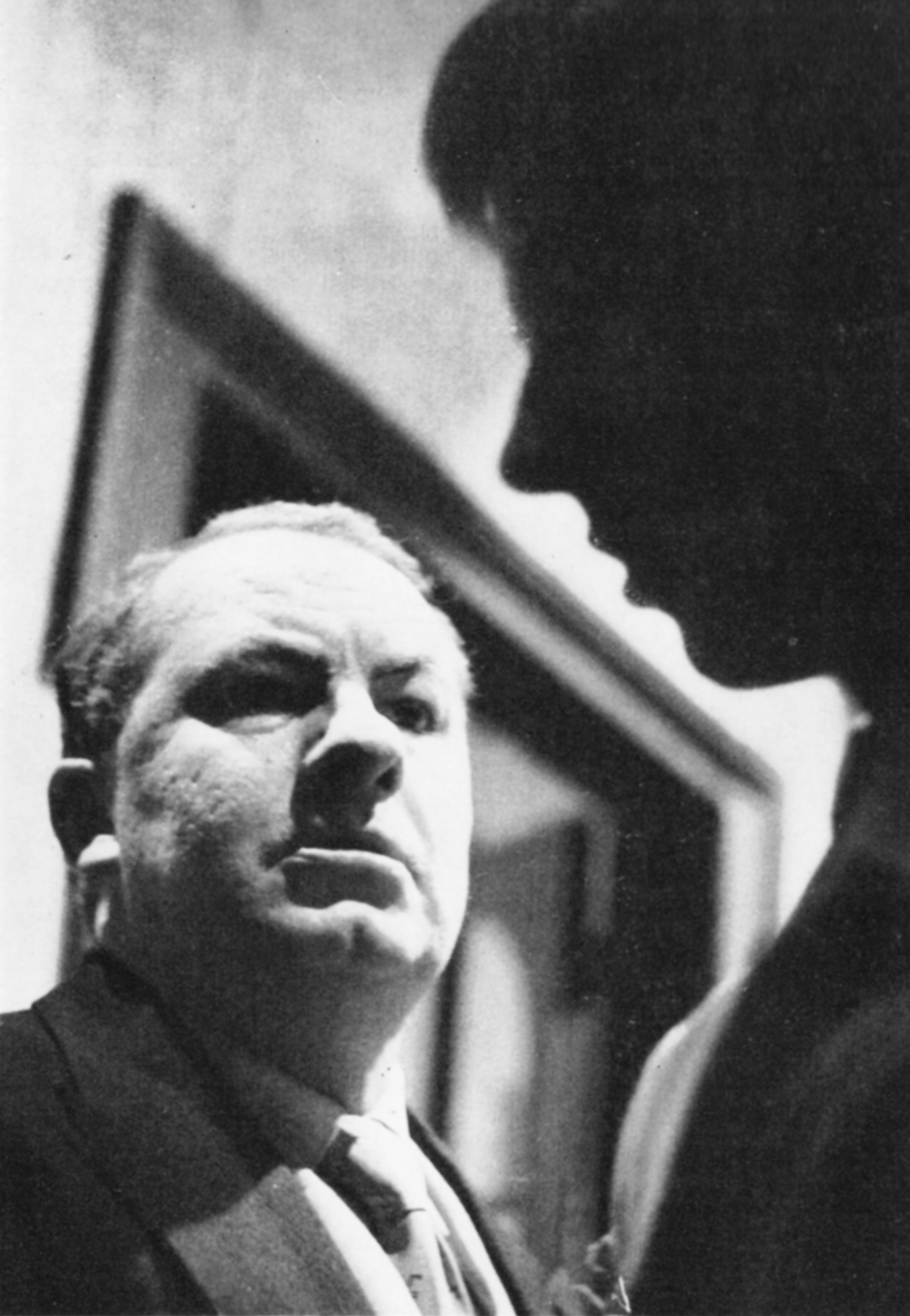 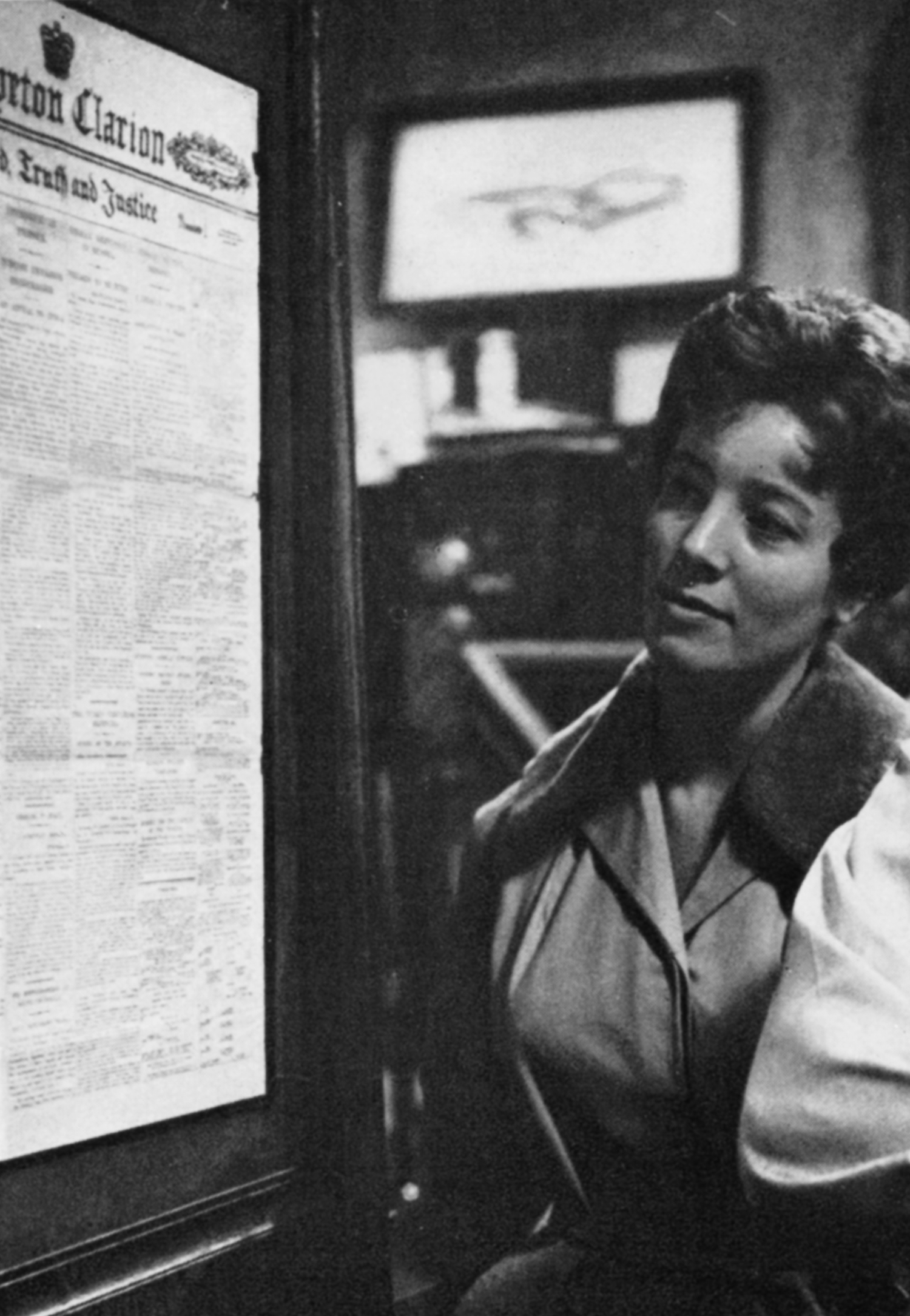 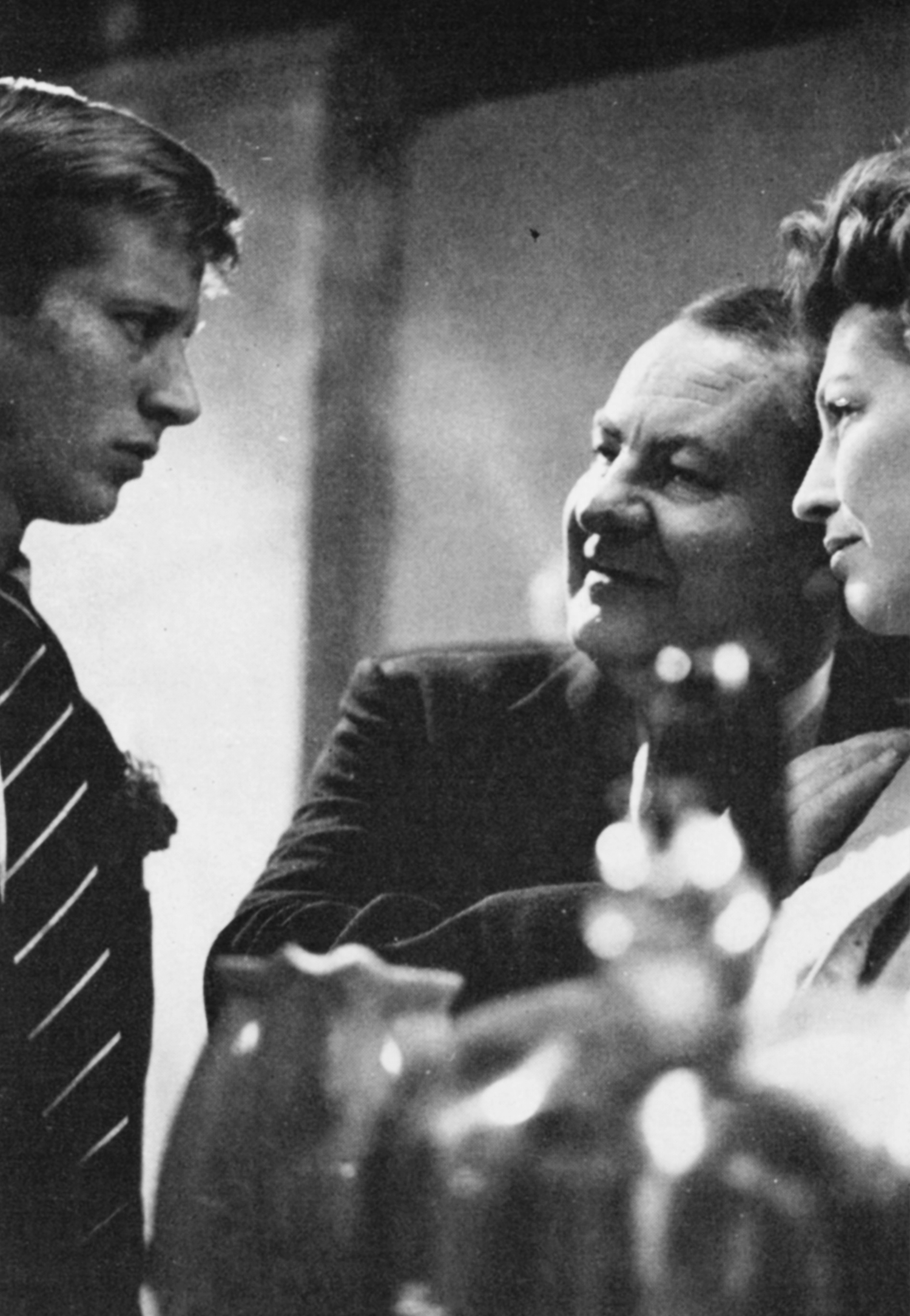 Another old-guard soldier, but this time of a more human kind, was created by Clive Exton in his comedy Some Talk of Alexander.

Harry Andrews had waited eight years to find a TV play to his liking before making his ITV debut as the former Guards nco who readjusts himself to civiliian life in the greengrocer’s shop kept by Ingeborg Wells and her son James Culliford.

Alan Cooke, who has a gifted hand with comedy, directed the play.

A very different Clive Exton story about a military man was Hold My Hand, Soldier, illustrated right with a scene from each of its deeply moving acts. Victor Maddern, Gordon Jackson and Ronald Fraser were the only three players in this modern parable of a private soldier’s journey to Calvary, presented by Armchair Theatre on Easter Sunday.

John Moxey did some of his finest work as a director of this play, while James Goddard, a new name among ABC’s young designers, created the sets for both Exton productions 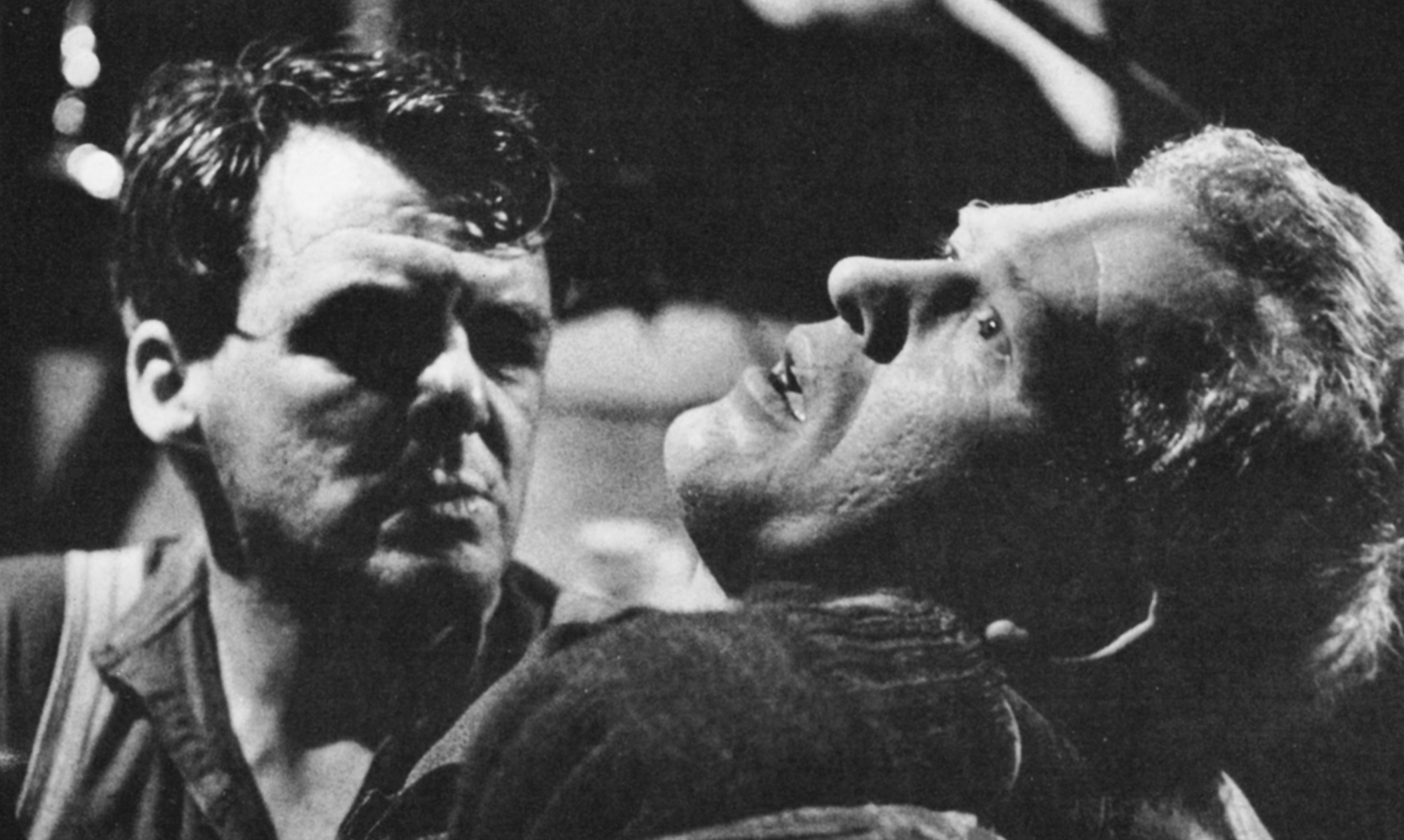 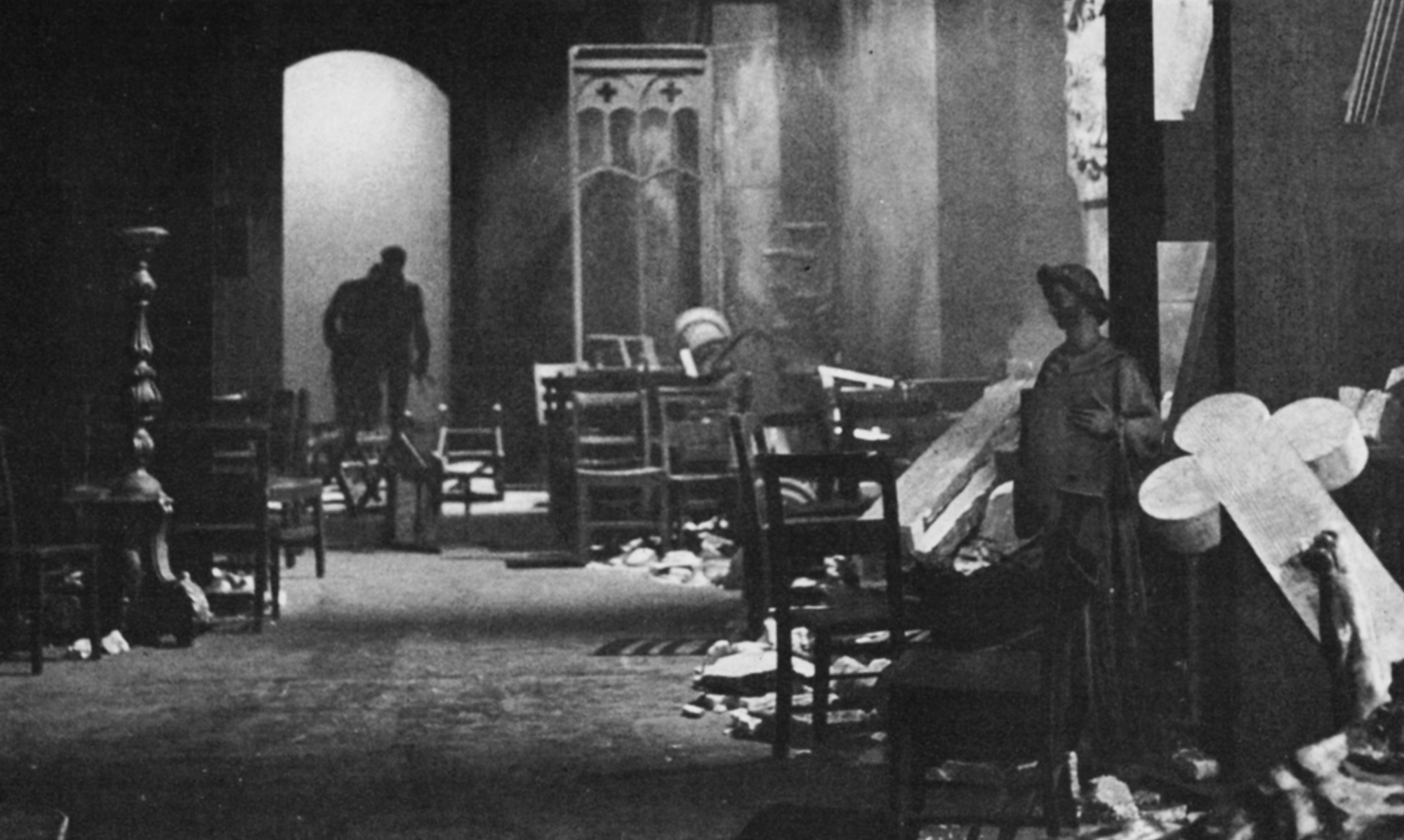