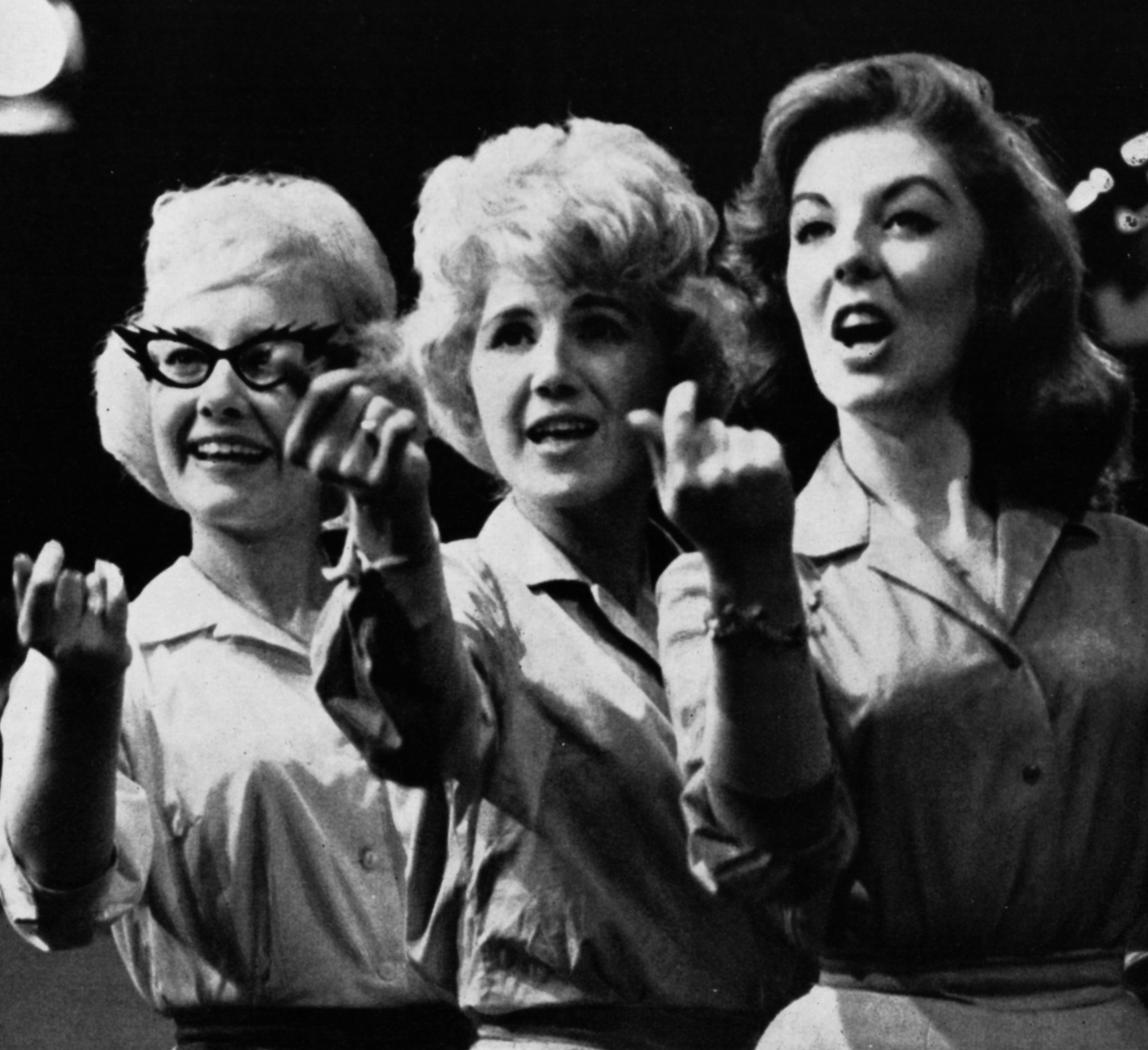 The sixteen Vernons Girls found fame in ABC’s beat shows as a dancing and singing group.

The producer not only used their voices as backing for the singers but featured the Girls themselves as animated scenery.

Personal celebrity came to Margaret Stredder, whose popularity proved that men do make passes at girls who wear glasses, and to Lyn Cornell with Margaret, right, who is now acclaimed as Britain’s new singing star of modern jazz 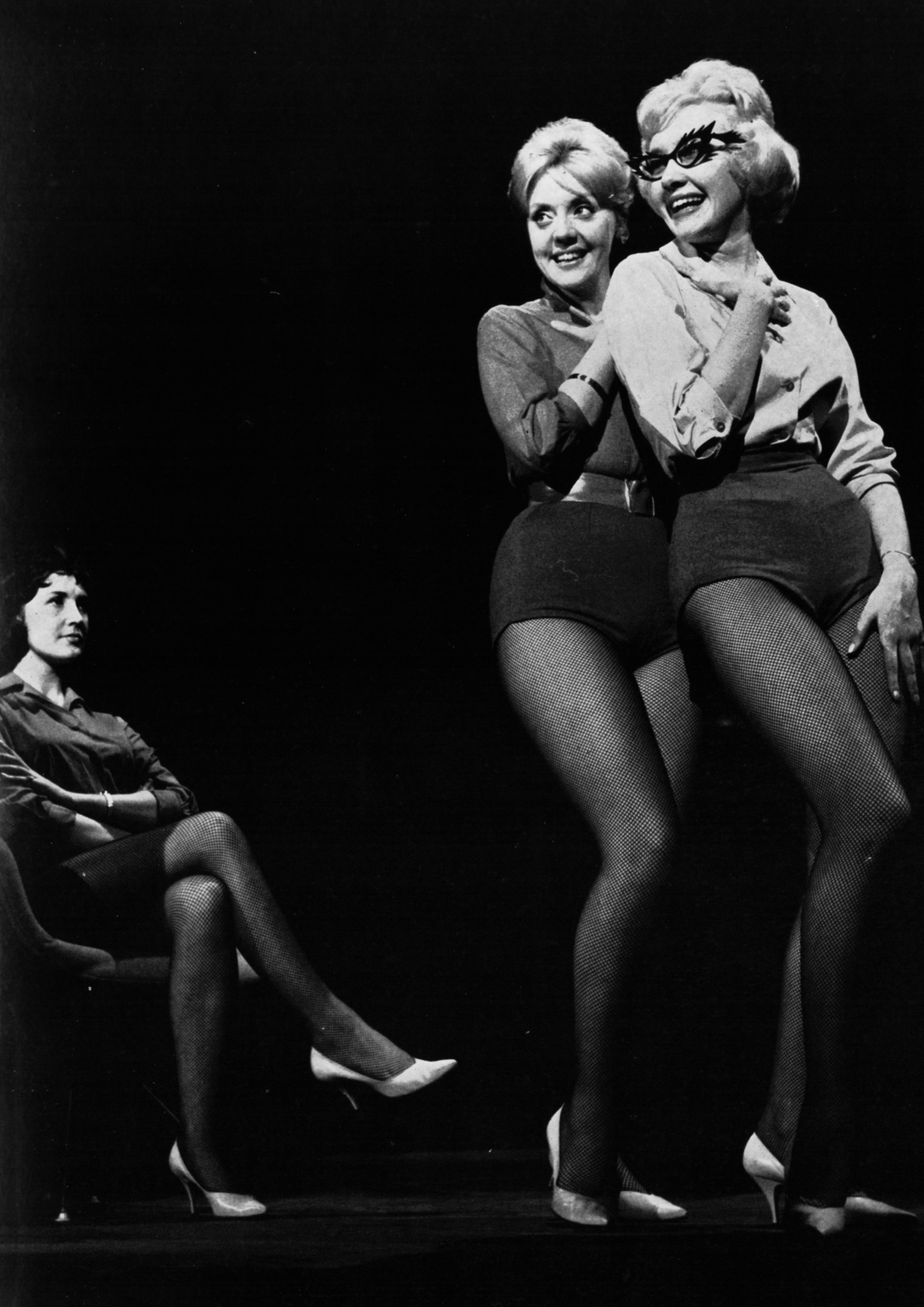