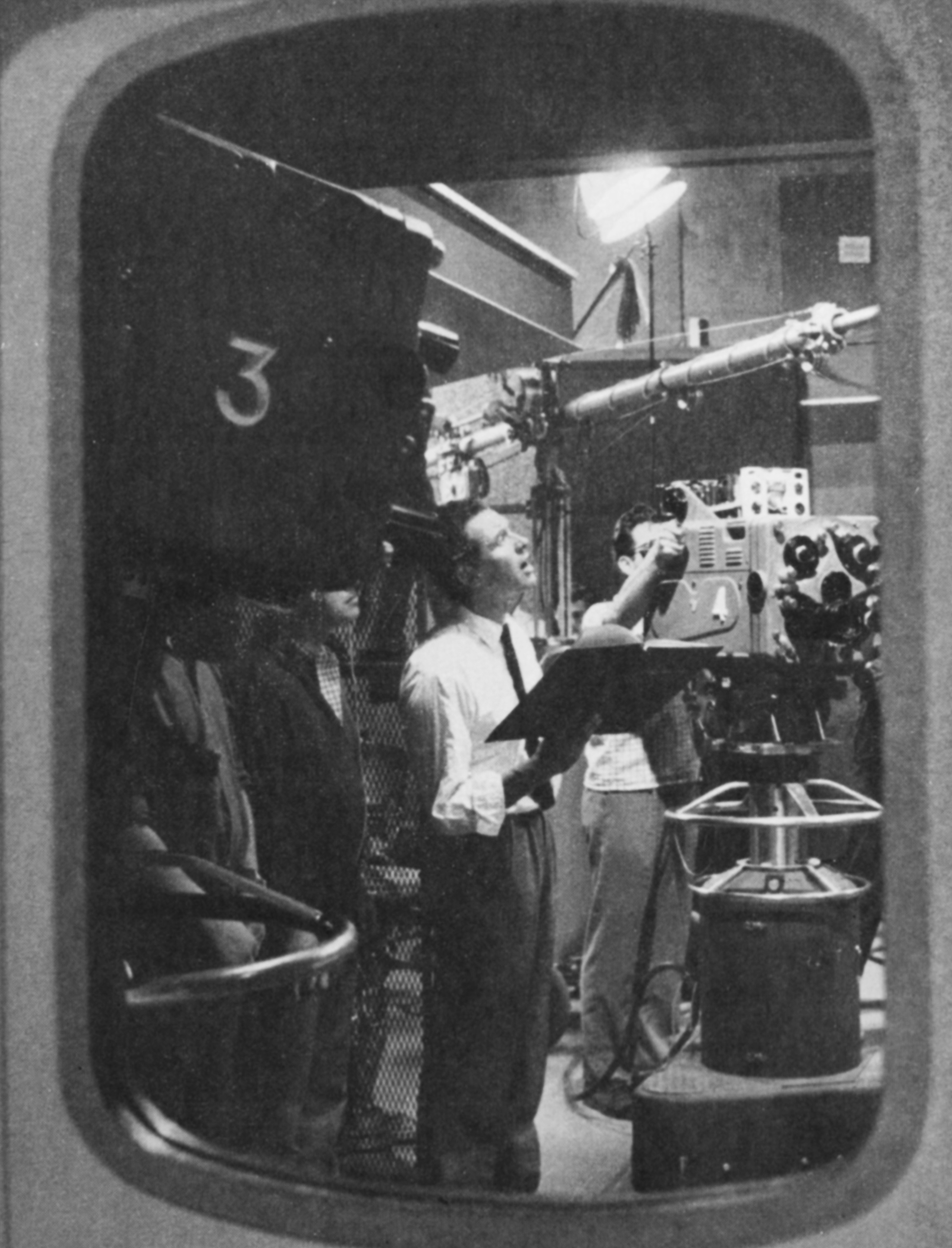 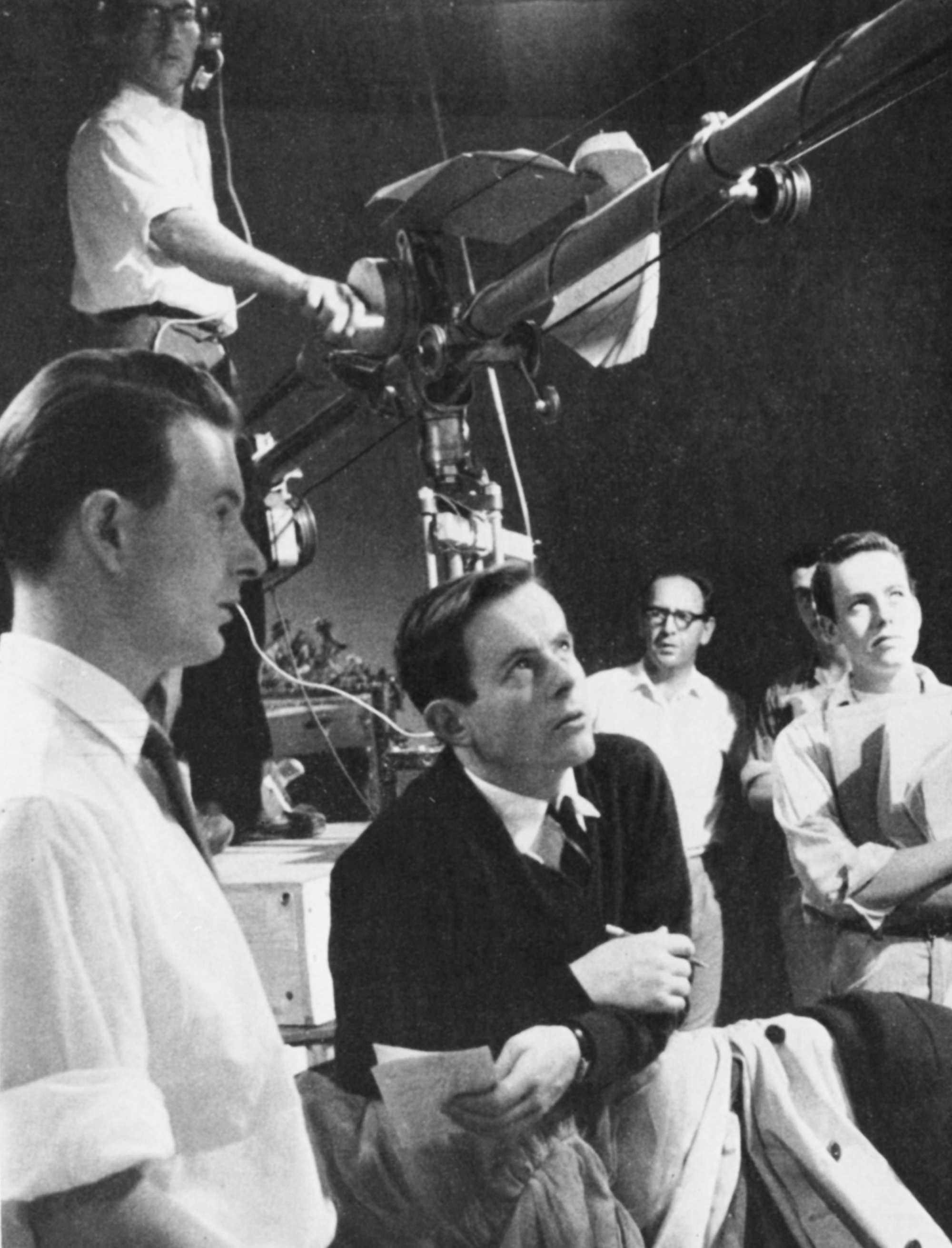 The weekly task of dreaming up exciting settings to illustrate and enhance the contents of Armchair Theatre plays is one of the most stimulating creative challenges to ABC’s lively young designers, whose work under the direction of Timothy O’Brien above, right has been widely acclaimed for its high standards and imaginative vigour. For Light from a Star, O’Brien built most of the superstructure of a luxury yacht in one of ABC’s studios and filled a 20-foot swimming pool with six thousand gallons of water. Philip Saville above, left one of Britain’s most exciting and lyrical TV directors, pushed his cameras through portholes and swooped them around the decks like wheeling gulls