How would we reflect the history of our own day? There is no foundation stone so enormous that we could seal beneath it the photographs, the motion pictures, the tape recordings that would give a full and live picture of the nineteen-sixties. Perhaps a videotape recording of a week’s television would give the most vivid impression, for within a few days so much of the world, its peoples and its arts are pictured before us. If television is a reflection of our times then a book like this, composed of moments snatched from the screen and recorded for ever, has a certain historic value. Television is the most ephemeral of all the arts and of all the daily chronicles. This collection, then, of what people looked at in the mid-twentieth century is also a mirror of the time, a reminder of the men and women of the earth’s stage, of the fashions, the fads, the themes of our day

Television is an intensely personal medium: we all react differently to artists and programmes, and in a souvenir website of TV pictures it would be impossible to please everyone. Some shows and performers deserve a place in any gallery of memories, but there are also those that may gain point or appreciation in retrospect and so increase the pleasure of future viewing. This book contains a selection of pictures intended to build up an overall impression of the growth and development of television programmes and their relationship to each other, and of the range and diversity of material that goes into a balanced pattern of viewing. Some of the pictures record successful shows and famous names, but television is as much concerned with new faces and new ideas; these also are represented. There is also the influence on programmes of the strong regional roots that are part of the structure of Independent Television

Finally, some photographs have their place because they make a point about television, a medium at once mysterious and intimate, as full of contrasts as the pictures on this site 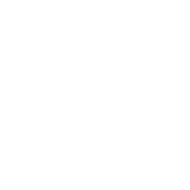